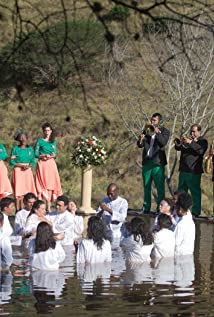 Dira Paes is one of the most awarded actresses in Brazilian Cinema and her curriculum has more than 35 feature films. She started her career in the overproduction of Embassy Pictures "The Emerald Forest" (Cannes film Festival), of the diretor John Boorman. At the cinema we can highlight movies such as "Baixio das Bestas" of Claudio Assis (Tiger Award-Rotterdan International Film Festival), "A Festa da Menina Morta" of Matheus Natchergale (Cannes Film Festival-Un Certain Regard) and one of the most seen brazilian movies "Two sons of Francisco" from Breno Silveira.In total, Dira has 7 tv series, 7 novels and 37 feature films. Her career is based in a successful image and popularity in the main stream of Brazilian teledramaturgy even as in independent and authoral cinema.Recently Dira played the protagonist of director Gabriel Mascaro new film. At beginings of 2018 she will start filming "Veneza", the first long of Miguel Falabella where she will act with Carmen Maura.Dira is also know as one of the founders of the NGO Human Rights Movement (MHuD), which has developed a series of activities for peace and human rights. It looks specifically at the problems of slave labor, abuse of children and adolescents, issues of quilombolas, the environment and indigenous peoples.