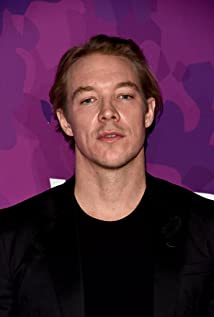 Thomas Wesley Pentz Jr. (born November 10, 1978), known professionally as Diplo, is an American DJ and record producer based in Los Angeles, California. He is the co-creator and lead member of the electronic dancehall music project Major Lazer, a member of the supergroup LSD, with Sia and Labrinth also working with producer and DJ Skrillex as part of the electronic duo Jack Ü, as well as on Silk City with Mark Ronson. He founded and manages record company Mad Decent, as well as co-founding the non-profit organization Heaps Decent. Among other jobs, he has worked as a school teacher in Philadelphia. His 2013 EP, Revolution, debuted at number 68 on the US Billboard 200. The EP's title track was later featured in a commercial for Hyundai and is featured on the WWE 2K16 soundtrack.During his rise to fame, Diplo worked with British musician M.I.A., an artist who is credited with giving him exposure in his early career. Later, he and fellow M.I.A. producer Switch created a Jamaican dancehall project and cartoon series titled Major Lazer. Since then, Diplo has worked on production and mixtape projects with many other pop artists, such as Gwen Stefani, M.I.A., Die Antwoord, Britney Spears, Madonna, Shakira, Beyoncé, No Doubt, Justin Bieber, Usher, Snoop Dogg, Trippie Redd, Chris Brown, CL, G-Dragon, and Poppy. His alias, short for Diplodocus, derives from his childhood fascination with dinosaurs.Diplo was born on November 10, 1978, in Tupelo, Mississippi, the son of Barbara Jean (née Cox) and Thomas Pentz. He is of German and English descent. The influence of home-grown rap played a key role in helping shape his production style. He spent the majority of his youth in Miami, where he got a taste for the characteristic Miami bass. He began attending the University of Central Florida in 1997, and then moved to Philadelphia to continue his studies at Temple University, where he first garnered attention as a DJ. After frequently running into fellow DJ Low Budget, the two began throwing parties under the Hooked on Hollertronix moniker in 2003 as a way of maintaining control of what they were able to play during DJ gigs in Philadelphia. The success of these parties allowed the two to release mixtapes, both separate and together, gathering acclaim across the country. One such mixtape, Never Scared, was named one of The New York Times' top ten albums of 2003, and the Hollertronix name became synonymous with parties featuring guests like Maluca Mala, Bun B, Spank Rock, M.I.A., among others. Hollertronix's sound has been described as "disparate genres to be smashed together for maximum attention-grabbing impact" an aesthetic which takes from the "organic, cohesive, whole" aesthetic of acts such as Bun B, Lil Jon, Drama, M.I.A., Björk, Busta Rhymes, and others.Diplo accentuated the club aesthetic of his Hollertronix music for a more reflective sound on his solo debut, Florida, which was released on the Ninja Tune imprint, Big Dada Records. The album Florida was pressed twice, first with a CD and the second with a CD and DVD. The DVD was created by System D-128, another artist who has collaborated with Diplo on some audio and video projects. Before Florida's DVD accompaniment, another DVD surfaced called Diplo: "Banned in Libya" which was released by Money Studies, the first label to release a solo project by Diplo under his original DJ name Diplodocus. It was a 45 rpm record called "Thingamajawn" for which there is also a music video System D-128 directed. Similar to the Florida DVD, "Banned in Libya" is an experimental audio and video mix of some of Diplo's original music blended with a number of other unidentified sources. His particular affinity for one genre of music called baile funk, or favela funk, would spawn a series of mixtapes (Favela on Blast, Favela Strikes Back), which served to bring the Brazilian dance music of the ghettos to the United States.It was not long before his Hooked on Hollertronix parties would provide him the success necessary to move to the next logical step and build a studio where music would become his full-time focus. With this goal in mind, Diplo built "The Mausoleum," a video studio, recording studio, record label office, gallery, and event space in Philadelphia. Since its inception, The Mausoleum has become the home to recordings by artists like Christina Aguilera, Shakira, M.I.A., Santigold, Spank Rock, Plastic Little, Blaqstarr, Paper Route Gangstaz, and hosted concerts by Glass Candy, Skream, Boys Noize, Nicos Gun, and more.Diplo's first collaborative full-length record was with Switch, this time under the guise of Major Lazer. Diplo incorporates such disparate influences as Miami Bass and Baile Funk into the high-tech eclecticism of his productions.[38] After landing a deal with Downtown Records before even recording a note of music, Diplo and Switch set out for Jamaica to record a project that, like most of Diplo's projects before it, would highlight the little-known subgenres, this ti