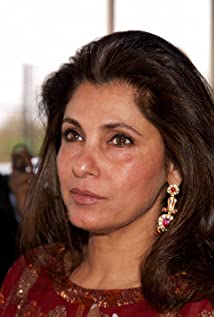 Born in a Gujerati-speaking family on June 8, 1957, daughter to businessman, Chunnibhai and Betty, Dimple has a younger sister, Simple, who was born on 15 August 1958.She was discovered by Raj Kapoor, who signed her up opposite his son, Rishi, in the 1973 hit 'Bobby'. The film made Rishi and her stars overnight, at the time of the film's she was just 16 years old.Exactly 6 months before the release of 'Bobby' Dimple who was a mad fan of super-star Rajesh Khanna, met and married the actor. Rajesh was 15 years older than her. After her marriage she quit films.On Rajesh's 32nd birthday, a daughter, Twinkle nicknamed as Tina, was born to them. Then on July 27, 1977, Dimple and Rajesh became parents of Rinke, who would later also become an actress in her own right.Dimple and Rajesh separated in 1982, enabling her to make a come-back to the tinsel screen with 'Zakhmi Sher'. She continues to act and has over 69 movies to her credit, some of them the more popular ones being 'Saagar', 'Insaaf', 'Zakhmi Aurat', 'Ram Lakhan', & 'Batwara'.