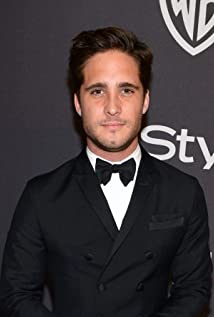 Diego Andrés González Boneta was born in Mexico City, Mexico, to engineers Lauro Andrés González-Moreno and Astrid Boneta Gonzalez.Diego recently starred as the titular character in "Luis Miguel, La Serie." The series, about the Mexican singer's rise to international fame premiered on Telemundo and Netflix and was praised by critics and fans alike. He will next be seen on the big screen in November 2019, starring opposite Arnold Schwarzenegger in the highly-anticipated film "Terminator: Dark Fate" directed by Tim Miller ("Deadpool") and produced by James Cameron. In 2020, he will star as "El Gato Negro," the eponymous hero based on Richard Dominguez's Latino comic book series.Diego's breakthrough role came about in 2012 when he was cast opposite Tom Cruise and Julianne Hough in New Line's jukebox musical "Rock of Ages." His role in the film earned him both CinemaCon's "Rising Star of the Year" award and an ALMA award for best actor.He has also been seen in the CBS miniseries "The Dovekeepers," produced by Mark Burnett and Roma Downey, which sustained an astounding nine-million viewers; Imagine Entertainment's "Pelé: Birth of a Legend" opposite Vincent D'Onofrio and Rodrigo Santoro; Voltage Pictures' thriller, "Eden" and Lionsgate's "Summer Camp."Diego's television credits include the FOX horror-comedy series "Scream Queens," alongside Emma Roberts, as well as the CW's "90210," MTV's "Underemployed" and ABC Family's "Pretty Little Liars."His career began at the age of 12 when he participated in "Codigo Fama," a children's singing reality series in Mexico. Diego was nominated for Best New Artist at the 2006 MTV Awards Latin America as well as the Best Solo Singer at the MTV Awards Latin America in 2008.Diego has been awarded GQ Latin America's "Actor of the Year" and GQ Spain's "Man of the Year."