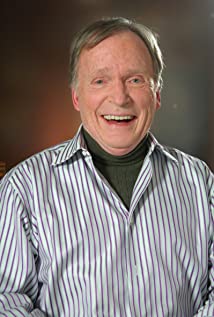 Yale-educated Dick Cavett established his reputation as the most erudite of American talk show hosts in the late 1960s and early '70s. Although there were many contenders who took on Johnny Carson, the undisputed heavyweight champion of late-night TV, Cavett generally was considered the most successful of the pretenders to Carson's throne. There were many challengers, and Carson vanquished them all, most notably Joey Bishop, Jerry Lewis and Merv Griffin (who moved his talk show to afternoons and syndication after it was canceled by CBS in 1972 after a three-year run on the network).Cavett's late-night talk show, The Dick Cavett Show (1968), ran on ABC, from 1968 to 1974, and then for an additional year on CBS. (He has since appeared on numerous other talk show gigs into the 21st Century.) Thought it ranked third in ratings behind Carson (perpetually #1 for all the years he headlined his own show) and Griffin in 1969-72, he was the most respected of the Carson-wannabes. Cavett was famous for attracting guests who normally did not appear on talk shows, such as Katharine Hepburn, Laurence Olivier and the post-"Godfather" Marlon Brando, who used his time on the "Dick Cavett Show" to talk about Indians rights with Native American spokespeople Cavett allowed to share Brando's forum. The reticent Brando praised Cavett for being the best."The King of Late Night" and the highest-paid television personality of his time, Johnny Carson eventually crushed even Dick Cavett. Ironically, Cavett was born in Nebraska and was an aspiring amateur magician, as was fellow Cornhusker Carson, for whom Cavett worked on The Tonight Show Starring Johnny Carson (1962) as a writer after having broken in to the business in a similar capacity for Jack Paar, Carson's predecessor on "The Tonight Show."He was born Richard Alva Cavett on November 19, 1936, in Gibbon, Nebraska, the son of two educators, Erabel "Era" (Richards) and Alva Bayard Cavett. After spending his childhood in Lincoln, Nebraska, he matriculated at Yale, where he first experienced the debilitating depression caused by bipolar disorder that would plague him though his adult life. He switched his major at Yale to drama and, upon graduating, made the rounds of casting agents, as did his first wife, the actress Carrie Nye whom he married in 1964 and remained married to for 42 years, until her death.At 5'3" tall, Cavett was too short to be a success at anything but character parts, but even those were not forthcoming. In addition to his writing for Paar and Carson (and a high-priced staff writing gig on the notoriously unsuccessful The Jerry Lewis Show (1963) in 1963, after which he returned to Carson after Lewis bombed and was canceled), Cavett launched a career as a stand-up comic, possibly influenced by Woody Allen, whom he discovered for Paar (his title on Jack Paar's "Tonight Show" was ("talent coordinator").An American treasure, Dick Cavett now writes regularly for "The New York Times." In November 2010, he had married for the second time, tying the knot with writer Martha Rogers in New Orleans.

Toni Morrison: The Pieces I Am