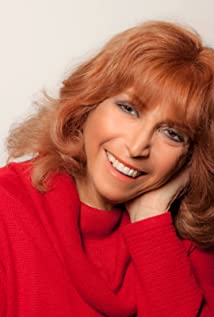 Born and raised in Brooklyn New York, Diane auditioned for the Ted Mack Amateur Hour at the age of 4. While she didn't make the final cut, Diane continued with her tap lessons, singing classes and piano lessons through high school. During high school, she had many featured solos and performing with the Drama Club as well. After high school, while attending college at night, she joined the Bay Ridge Theater Repertory Group and was part of the ensemble in Guys And Dolls and The Music Man. Diane snagged the third female lead in Bye Bye Birdie, playing the role of Mrs. MacAfee and performed Off-Broadway. During this time period, she also worked on a Greek Cruise Ship as a vocalist/entertainer one Summer. After getting married and raising her children, Diane returned to singing not only as a choir member but as church soloist as well as eventually becoming a Music Director. Diane also performed in a CYO Production of Lazarus & the Fig Tree in the role of Gospel Singer, which she felt was a challenging role. She also worked as a Professor of Communications, as well as a behind-the-scenes director and editor as well as an On-Air host for several shows for Cablevision. In 2014, Diane won the title of Ms New Jersey Sr. America after performing the song "Bring Him Home" from "Les Miserables" to a standing ovation. Since then Diane has worked in a number of TV shows as a background actress, being featured in several TV shows. She recently completed work on her first SAG film in a speaking role and she is looking forward to becoming a SAG member in the upcoming months. Diane is now searching for representation.