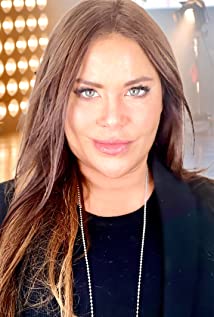 Diana Noris is an Argentinean-German actress based between Washington DC and Los Angeles. Her career started at the very young age of 7 y/o as a ballerina and Spanish soap opera actress. Noris who is also an acrylic/three-dimensional medium artist is very involved in the production and filmmaking industry. She recently launch her own Production company "One Woman Show LLC", planning her debut as a Director in the film "Inmate 846269". In 2016 Diana was nominated for and won her first Best Actress Award at Venezia Film Festival. Later she landed a recurring guest star role in TV show series called "Sangre Negra" streaming on Tubi TV and Amazon Prime. The year after she got to play the role of Maria in the film "Henri" as Eric Roberts's girlfriend. The actress also stars in the film "Devil's Five" as Vala Schneider (a woman possessed by the devil). The film was directed by Terry Reid Wickham in New York. Diana shared the spotlight with Ralf Scheepers, the lead singer of the European band "Primal Fear." Recently Diana is working in the production department at a sports network and three motion picture productions that are in pre-production. Her film work is usually very strong characters and as she quotes: "your favorite bad girl type" as she intends to break the mold of the stereotype of Latina actresses. She has graced the covers of about 20 magazines. She has been working in over 40 films and soap operas in the American and Latin Market. The actress has a non-profit organization called "Women in the Arts USA" which hosts the yearly awards since September 18th, 2009.

Secrets of My Stepdaughter