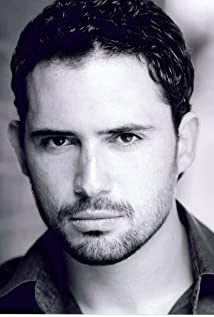 Before his sky-rocketing breakthrough in the Arab world, Dhafer enjoyed a successful career in the West, appearing in international film productions such as Children of Men (2006), Sex and the City 2 (2010), Centurion (2010), Black Forest (2012), Rise of the Footsoldier (UK) and the upcoming film A Hologram for the King, directed by Tom Twyker and starring Tom Hanks. Born in Tunisia, Dhafer moved to the UK in 1999 to pursue his acting career where he won a place at the prestigious Birmingham school of Speech and Drama. He graduated with a University of Birmingham Diploma in Professional Acting Studies in 2002. Dhafer made his acting debut in the UK in the popular TV series Dream Team on Sky TV, where he remained for two seasons. He then went on to appear in numerous British television dramas including Spooks (BBC), Strike Back (SkyTV/CINEMAX), Wallander (ITV), Wire in the Blood (ITV) and Hunted (BBC/HBO). He recently starred in season 5 of the French series Engranages on Canal+ and the American series Transporter on TNT and HBO Canada. Always keen on appearing in TV dramas in the Arab world, Dhafer starred in the hit TV series Taht Al Saytara in 2015, for which he won Best Actor in an Egyptian Drama. He won critical acclaim for his performances in Farq Tawqeet (2014), Neran Sadeqa (2013), Vertigo (2012) and Zakerat Al Jassed (2010), which featured an array of A-list stars from across the region. He also starred in the Tunisian feature film Fin December (2010) and Tunisian TV series Maktoub (2008). A successful TV presenter, Dhafer has several successful TV shows under his belt including Ameer Al Shu'ra (2007), a prestigious talent show competition which searches for the most talented poets in the Arab region. The show was extremely successful and attracted more than 20 million viewers in each live episode. Dhafer has recently hosted the Arab world version of the international game show The Cube for Dubai TV. Dhafer is currently the face of Vodafone Egypt.