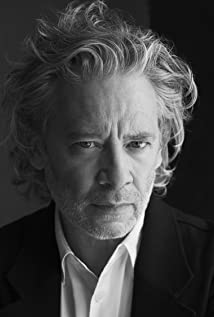 BAFTA-nominee Dexter Fletcher is a British actor turned director from London. He began his career at the age of 6 and at the age of 9 starred as Baby Face in Alan Parker's Bugsy Malone. Fletcher continued to work in the industry on screen for the next four decades, appearing on-screen alongside acting greats Al Pacino, Anthony Hopkins, Robert de Niro, Helen Mirren and Liam Neeson to name but a few. Fletcher has worked with such distinguished visual directors as Derek Jarman, David Lynch, Ken Russell, Mike Leigh and Guy Ritchie, all who helped him hone his own craft as a director.In 2011 Fletcher made his directorial debut with Wild Bill, which he co-wrote. The film earned him a BAFTA nomination for Outstanding Debut and was a critical success; it currently holds a 100% Fresh rating on Rotten Tomatoes. Next, Fletcher directed the film adaptation of the Scottish stage musical Sunshine on Leith, based on the music of the Proclaimers. The film premiered at the Toronto International Film Festival and was extremely well received by critics and audiences alike.In 2016 Fletcher directed Eddie the Eagle, based on the real life story of Olympic ski jumper Eddie Edwards. The film, which had its world premiere at the Sundance Film Festival, starred Hugh Jackman and Taron Egerton. Later that year Fletcher was asked to take over directing duties on the Queen biopic Bohemian Rhapsody. While uncredited, Fletcher took over the final weeks of production and post production for the Oscar nominated film which became a massive success, grossing over $900 million. The film earned five Academy Award nominations and was awarded four Oscars including Best Actor for Rami Malek's portrayal of Freddie Mercury.Dexter Fletcher's latest film Rocketman, a rock musical based on the life and career of Elton John, reunited him with star Taron Egerton as John. The film had its world premiere at Cannes Film Festival, received numerous nominations, amongst them Golden Globe nomination for Best Motion Picture Musical or Comedy, BAFTA nomination for Outstanding British Film as well as won Academy Award for Best Achievement in Music for Elton John and two Golden Globes for Taron Egerton and for Best Original song.Fletcher currently resides in London with his wife, acclaimed opera director Dalia Ibelhauptaité.