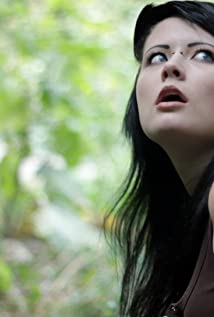 Deven Skye has had a passion for film, music, and entertainment since she was very young. She was born in Huntington Beach, CA.Deven has been cast in several independent films. She landed the role of Rachael Shore in the award-winning TV series, Day Zero, where she went on to be nominated as Best Actress for the Filmed In Utah Awards. Very impressed with her performance, the director of the web-based soap opera, Proper Manors, offered her a role in their third season. She was cast in her first feature film as Gertrude in Muddy Corman, alongside Kevin Corrigan(The Departed, Goodfellas), where she was again nominated as Best Actress for the Filmquest Festival.Deven studies the Sanford Meisner Technique, interpreted by a direct student of Meisner, Larry Silverberg. She has also attended multiple workshops, working with many talented and successful people, such as Richard Hatch(All My Children, Battlestar Galactica), Glenn Morshower(Transformers, Moneyball), and casting directors Catherine Stroud(Hannah Montana) and Alex Newman(Requiem For A Dream, Glee).Off-screen, Deven enjoys physical fitness, dancing, and learning to play keyboard while writing songs. She continues to pursue new roles for productions in California.At the same time, Deven has also taken up an extensive modeling career. Her first runway show at the Gothic Convergence Festival was featured in Gothic Beauty Magazine. Since then, she has modeled for many advertisement campaigns, such as Blue Boutique's holiday ad campaign, appearing in SLUG Magazine, IN Magazine, and The Catalyst. She has also modeled for Intermountain Healthcare, Pluralsight, Glock Guns, and White Towel Services, to name a few.