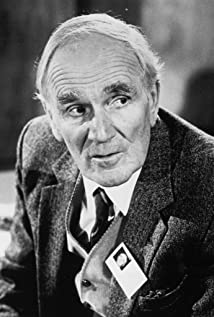 Desmond Llewelyn was born in South Wales in 1914, the son of a coal mining engineer. In high school, he worked as a stagehand in the school's productions and then picked up sporadic small parts. His family would not give up their effort to prevent him from a life on stage, so an uncle who was a high ranking police officer arranged for Llewelyn to take the department's physical exam."Thank God, I flunked the eye test, and they wouldn't take me. I suspect the inspector had a hangover because he also failed this other chap I knew, who went out the same day and passed the physical for the Royal Navy, which had a lot tougher test."After failing the police exam, Llewelyn thought about becoming a minister, realizing after a week-long retreat of quiet and meditation that the ministry "was definitely not for me." Llewelyn persevered in his acting quest, and was accepted to the Royal Academy for the Dramatic Arts in the mid 1930s.The outbreak of World War II in September 1939, halted his acting career, and Llewelyn was commissioned as a second lieutenant in the British army. He was assigned to the Royal Welsh Fusiliers and was sent to France in early 1940.In a short time, his regiment was fighting the Germans, and Llewelyn's company was holding off a division of German tanks. Llewelyn explained that "eventually, the tanks broke through and many of us jumped into this canal and started swimming down it to the other side, figuring that our chaps were still over there. But the Germans were the only ones there," and Llewelyn was captured, and held as a prisoner of war for five years.At one prison camp, the prisoners had dug a tunnel and were planning to escape the next morning. Llewelyn was down in the tunnel doing some maintenance work in preparation of the escape when the Germans found out about the tunnel and caught him down in it, a crime that earned Llewelyn 10 days in solitary, which Llewelyn called "a blessing of sorts. After spending every day of several years sleeping in a room with 50 other people, the quiet and privacy was rather nice."After the war, Llewelyn returned to London and revived his career, eventually being cast as his trademark Q in From Russia with Love (1963). Since 1963, Llewelyn has appeared as Q in every Eon Productions Bond film, except Live and Let Die (1973).Llewelyn was omitted from Live and Let Die (1973) because producers Harry Saltzman and Albert R. Broccoli felt that too much was being made of the gadgets and they would play it down. Llewelyn said he "was quite disappointed" at being left out of Live and Let Die (1973).Fans, however, missed Q, and Llewelyn got a call shortly after the release of Live and Let Die (1973) telling him that he would be in the next Bond film, The Man with the Golden Gun (1974).Llewelyn, who admits that his mechanical abilities in real life are virtually nil, is geared up for the next Bond movie. "I'd love to be in the next one," Llewelyn said. "Of course, if you consider my age, they should have put me out to grass a long time ago."

The World Is Not Enough

A View to a Kill

For Your Eyes Only