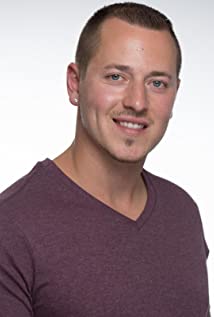 Derek James Trapp, was born and raised in (Winnipeg, Manitoba) On December 30th,1992. Throughout Derek's childhood & teenage years, he spent a substantial amount of time skateboarding and lifting weights. He learned at a very early age that the results you got in life are measured by the work you put in and that anything is possible with hard work, dedication, passion and a no quit attitude.Derek was always ambitious, driven and never followed the crowd growing up. After he graduated high school he didn't go out looking for a job like his friends or enroll in post secondary education. Derek instead, went into the business world and became self employed after graduating grade 12. For multiple years he traveled frequently, attended numerous seminars, learned from very talented people and got trained to be a public/ motivational speaker. He spent years speaking in front of large crowds of people, learning business skills, and he worked in a telecommunication business & health business. Working as a self employed entrepreneur in two different industries, Derek came to realization that he loved working for himself.Derek worked hard in his business and continued focusing on his career until one day, everything changed. He was contacted by a local casting company and got the opportunity to work on a feature film in his hometown. He was asked to be a featured background performer in a movie called Siberia, starring Keanu Reeves. This was originally a 1 day booking, but after he finished his first day on set, he got asked to come back 3 more days. Derek fell in love with the movie industry during these 4 days and wanted to be on set as much as possible, after this.Once Derek got a glimpse of the movie industry, he attended some acting workshops, audition workshops and completed a 3 day intensive firearm course for actors. After a bit of training, he got professional head shots done and started auditioning and booking roles in local films. Derek booked several roles in short films as the lead actor, supporting actor and was cast as an actor for 3 episodes for the television show (I Knew My Murderer) and 1 episode for the television show (Killer Connections)After Derek was acting for a few months, he was signed by a talent agent. Blair St. Germaine, at Unlimited Talent Management was now officially representing Derek. Since Derek was signed by Blair, he decided to focus full time on film and walk away from his business career. With consistent hard work & the help of his agent, Derek started to get busy. He booked voice acting roles, commercials, speaking roles in over 20 independent films, an actor role in a feature drama film, another actor role in a NETFLIX film, an actor role in a CBC television series, and numerous featured roles in movies & T.V shows. Less than 2 years into Derek's film career, he was contacted by the publisher of Neighbors of East St Paul & Neighbors of West St Paul magazine. The publisher had been following him on social media since he started his film career, and decided to publish his photo on the cover of both magazines & make a 4 page article about him.Derek had one of the best days in his life during November, 2019. During this time Derek and his fiance welcomed a healthy and beautiful baby girl named Everley into the world! Very shortly after the baby was born Derek and his family were contacted about being on a magazine cover once again. On January 1st, 2020 Derek, Jaime, Everley, Emma, Ava and Owen were featured as a family on the cover of the magazine Neighbors of St. Andrews.During Derek's time as a actor, he was also very interested on what went on behind the scenes in movies. He decided to pay for some courses online, invest in himself and invest in his career. Once he completed his courses, he started off doing various crew positions and gained experience working in numerous departments. Since he started his movie career in 2017, he has worked as a props master, set decorator, set P.A, office P.A, wardrobe assistant, talent wrangler, extras wrangler, trailer P.A, location P.A, casting assistant, transport driver and assistant production coordinator. Derek likes to keep life exciting and constantly work in different departments to continually grow his film knowledge, learn more & try new things.When Derek is not working he spends all his free time with his family, friends, fiancé, his daughter Everley, and Jaime's kids Emma, Ava & Owen. He truly believes that family is number one, and nothing is more important than that. His passions and interests outside of film are traveling, weight lifting, scuba diving, snorkeling, underwater photography, swimming, fishing and going to tropical destinationsDerek is continuing to work harder than ever in his film career, and is excited for what the future holds!

The Parts You Lose