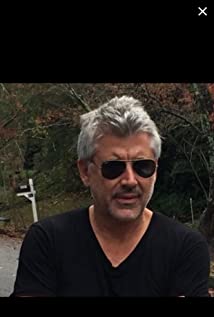 Deran Sarafian began his filmmaking career attending UCLA and working for Roger Corman on films such as ROCK N ROLL HIGH SCHOOL. Inspired by European filmmakers, he moved to Rome where he began writing and quickly sold and directed his first low budget independent feature film THE FALLING, starring Dennis Christopher and Lynn-Holly Johnson. Deran moved back to the states, where he continued to direct genre thrillers including GUNMEN, TO DIE FOR, DEATH WARRANT, and BACK IN THE USSR starring Roman Polanski. The critical success of these films led to his first Hollywood blockbuster feature, TERMINAL VELOCITY, starring Charlie Sheen, Natassja Kinski, and James Gandolfini.By the end of the 1990's Deran transitioned into television. He has since become one of the most prolific directors/producer working in television today, winning the prestigious American Film Institute award for HOUSE M.D, starring Hugh Laurie. Deran found a new home on HOUSE where he co-executive produced over forty episodes, and directed twenty-three of the first one hundred episodes. For his work on the series, Deran has won the AFI Award for Best Director in 2007, and has been nominated for two Primetime Emmys, and has won two People's Choice Awards in 2008 and 2009.Deran has produced and directed network pilots including K-VILLE and PAST LIFE for Fox, as well as one hundred plus episodes of critically acclaimed network, cable, and streaming series including the CSI franchise, LOST, SWAMP THING, GAME OF SILENCE, HEMLOCK GROVE, HELL ON WHEELS, DOMINION, CROSSBONES, LEGENDS, THE STRAIN and THE RETURNED.