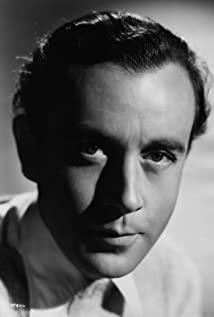 This urbane, sourly handsome British actor was born to privilege and most of his roles would follow suit. Born Dennistoun John Franklyn Rose-Price in Berkshire in 1915, Dennis Price, the son of a brigadier-general, was expected to abide by his family wishes and make a career for himself in the army or the church. Instead he became an actor. First on stage (Oxford University Dramatic Society) where he debuted with John Gielgud in "Richard II" in 1937, he was further promoted in the theatre by Noël Coward.After brief extra work, Price nabbed early star-making film roles in several overbaked Gainsborough mysteries/melodramas, including A Place of One's Own (1945), The Magic Bow (1946) and Caravan (1946), but the one showcase role that could have led him to Hollywood, that of the title poet in The Bad Lord Byron (1949), proved a critical and commercial failure. He took this particularly hard and fell into severe depression. His fatally charming serial murderer in Kind Hearts and Coronets (1949), in which he does in nearly all of Alec Guinness' eight characters (Guiness plays eight different roles), is arguably his crowning achievement on celluloid.By the 50s Price was suffering from severe alcoholism, which adversely affected his personal and professional career. A marriage to bit actress Joan Schofield in 1939 ended eleven years later, due to his substance abuse problem and homosexuality, the latter being a source of great internal anguish for him. They had two daughters.Price became less reliable and fell steeply in his ranking, moving into less quality "B" pictures. Eccentric comedy renewed his fading star a bit in such delightful farces as Private's Progress (1956), I'm All Right Jack (1959) and School for Scoundrels (1960). TV also saved him for a time in the 60s with the successful series The World of Wooster (1965), in which he played the disdainful butler, Jeeves.Bad times, however, resurfaced. He filed bankruptcy in 1967 and moved to the remote Channel Island of Sark for refuge. Many of his roles were reduced to glorified cameos and the necessity for cash relegated him to appearing in campy "Z" grade cheapfests, many helmed by the infamous writer/director Jesús Franco, a sort of Spanish version of Roger Corman. Las Vampiras (1971) was just one of his dreadful entries. Price also played Dr. Frankenstein for Franco in Dracula, Prisoner of Frankenstein (1972) [Dracula vs. Frankenstein] and the The Erotic Rites of Frankenstein (1973) [The Erotic Rites of Frankenstein]. Fully bloated and in delicate health, he died in 1973 at age 58 in a public ward from liver cirrhosis. A sad ending for one who of Britain's more promising actors and film stars.

The Flesh and the Fury: X-posing Twins of Evil

The Adventures of Barry McKenzie

The Rise and Rise of Michael Rimmer