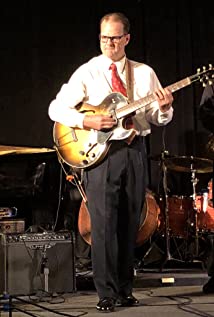 Dennis Kyne is a singer-songwriter, musician and recording artist, who is also featured in Many award winning documentaries. Kyne is most recognized in Beyond Treason, As a medic in Desert Storm He explains how it happened.Kyne's music is an eclectic blend of classic rock, pop, folk, reggae and jazz genres. Echoing the sounds of industry classic Bob Dylan, Dennis Kyne's charged lyricism and expressive songwriting distinguish him from the herd. The musician's work, "Support the Truth", is a 4 track compilation inspired by honest reflections on life after combat. Incorporating rock styles reminiscent of Neil Young with more modern storytelling themes, Kyne hit 13 on the earshot charts in Canada.Dennis Kyne's core mission: to speak out against war at all costs. Prior to his latest single release, Skip, Kyne released a politically charged album, "I'm Not Resisting". Released after Kyne was arrested charged and sent to Guantanamo on the Hudson than the Tombs of NYC.Dennis had a 25 year collaboration with Blue Note jazz trumpeter Eddie Gale. Kyne performed with the innovative instrumentalist, well-known for his work with legend Sun Ra. They performed the San Jose Jazz Festival in 2018.Currently Kyne stars as a featured character in commercials. Using his Drill Sergeant background and uniform he still fits in, he plays himself.