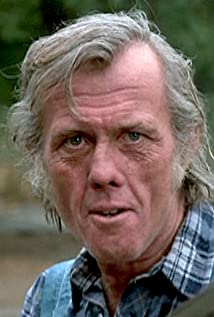 Excellent and engaging character actor Dennis Fimple was born 11 November, 1940, in Ventura, California and raised in the nearby town of Taft. His father, Elmer was an electrician, and his mother, Dolly was a beautician. Dennis first became interested in acting after he portrayed Tom Sawyer in a junior high school play. After graduating Taft Union High School, Fimple attended San Jose College on a scholarship, and majored in both speech and drama. He also earned a teaching credential at San Jose College. Dennis worked in a Cheetos factory by day and acted in dinner theater at night in his early days. Fimple eventually moved to Hollywood, where he initially worked as a teacher by day and a delivery man at night, prior to getting his first break; a 2-episode guest appearance on Petticoat Junction (1963).Best known as the lovably dim-witted Kyle Murty on the comedy Western television program, Alias Smith and Jones (1971), Dennis popped up in many TV series throughout the years including; Here Come the Brides (1968), M*A*S*H (1972), The Rockford Files (1974), Starsky and Hutch (1975), Battlestar Galactica (1978), The Dukes of Hazzard (1979), Matt Houston (1982), Highway to Heaven (1984), Knight Rider (1982), The A-Team (1983), The Incredible Hulk (1977),Simon & Simon (1981), Sledge Hammer! (1986), Quantum Leap (1989) Sabrina the Teenage Witch (1996) and ER (1994). Fimple was frequently cast as scruffy rural types in both films and TV shows alike. Among his most memorable movie roles are the amiable Curly in the delightful Claudia Jennings' drive-in classic, Truck Stop Women (1974), easygoing moonshine runner Dewey Crenshaw in Bootleggers (1974), likable eager beaver college anthropology student Pahoo, in the terrific Sasquatch cinema outing Creature from Black Lake (1976), the goofy Sunfish in the much-maligned King Kong (1976) remake, and cloddish fur trapper, Posey in the superior horror-Western The Shadow of Chikara (1977). His last film part was as the madcap Grandpa Hugo Firefly in Rob Zombie's enjoyably trashy 70's horror exploitation pastiche, House of 1000 Corpses (2003).Dennis was not only an avid reader, but also a lover of antiques and collectibles. He's the father of son Chris. Dennis Fimple died at age 61, of complications from a car accident at his home in Frazier Park, California on August 23, 2002

My Heroes Have Always Been Cowboys

I Know My First Name Is Steven