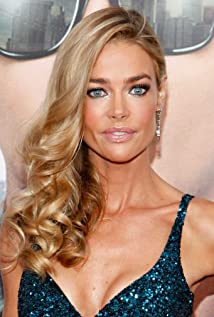 Denise Richards was born in Downers Grove, Illinois, the older of two daughters of Joni Lee, who owned a coffee shop, and Irv Richards, a telephone engineer. She has German, French-Canadian, Irish, English, and Welsh ancestry. She grew up in the Chicago area, until the family relocated to Oceanside, CA when Denise was 15. She began working as a model, and moved to L.A. after she graduated from high school. She landed parts in both TV and movies, and gave breakthrough performances in Starship Troopers (1997) with Casper Van Dien, Wild Things (1998) and The World Is Not Enough (1999), in which she plays a Bond Girl. She also was in Undercover Brother (2002) with Eddie Griffin and appeared in Scary Movie 3 (2003) with her now ex-husband, Charlie Sheen.

Timecrafters: The Treasure of Pirate's Cove