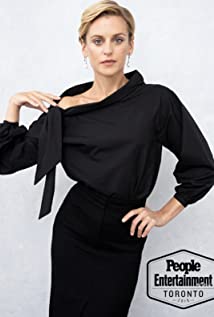 Denise was born in 1980 to a father who was an electrician - later a fisheries expert - and a mother who "was pregnant for nine and a half years" since Denise is the seventh of twelve children, her younger sister Kelly, born in 1987, also being an actress. At school she had no theatrical aspirations, leaving at age fifteen and moving to London a year later "to follow a boy." After several years in menial jobs she took a Saturday acting class and won a place at the Academy of Live and Recorded Arts in Wandsworth - having borrowed the audition fee - and graduated in 2003. In 2004 she made her television debut in 'Casualty' and has since appeared in many populist series from 'New Tricks' to 'Stella'. However she has attracted more notice as a stage actress, being nominated in 2012 by the Evening Standard Awards for her roles in 'Our New Girl' and 'Desire Under the Elms' and in 2015 winning universal plaudits as the recovering drug addict in 'People, Places and Things' at the National Theatre.