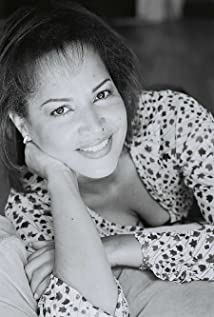 Denise grew up loving the big screen, and wanted desperately to pursue a career in acting. Coming from a strict, West-Indian upbringing, she was gently persuaded to gear her studies in a more "normal" direction. That did not stop her from writing avant-garde comedy sketches for her teenage girl's church group, much to the dismay of the conservative team leaders!After graduating from McGill University with a degree in Psychology, life intervened and Denise found herself working in the dental field, and later in the travel industry. In the midst of starting a family, she followed up on her desire to act, and was able to land some noteworthy roles in cable TV movies, and performed in several Montreal stage productions including "The Seagull", "Search & Destroy", "The Martian Chronicles" and "Reckless". Most recently, Denise has been privileged to be part of Montreal's Black Theatre Workshop's "Discovery Series" in which she participated in the stage readings of "Say Gingerale" and "Harlem Duet". Her role as the hooker with the heart of stone in the indie feature film sensation Expiration (2003) garnered her some heartwarming critique from Variety, Ain't It Cool News, and Beyond Hollywood.Although acting was her first love, Denise could not put aside her craving to be a good storyteller. She was proud to be a co-writer on several independent short films as well as various Montreal Fringe Festival theatre productions. By teaming up with fellow actor/writer Victoria Minkoff, Denise has excelled in bringing more of her creative juices to the forefront. The two friends co-founded Pipe Dream Films with the intention of creating unique storylines that have compelling characters that viewers can either root for or despise. Their journey has just begun...their best work is yet to come.

End of the Line