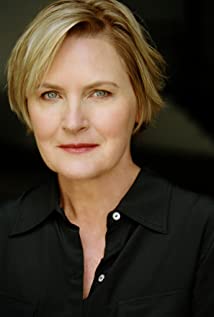 Denise Michelle Crosby was born on November 24, 1957 in Hollywood, California. Denise graduated from Hollywood High School in 1975 and attended Cabrillo College in Santa Cruz where she enrolled in the Drama Department. Forming part of the extensive Crosby family dynasty, this striking leading actress, daughter of entertainer Dennis Crosby, has appeared in film and television since the early 1980s. A photo spread in a 1979 issue of Playboy magazine and a role in the soap opera Days of Our Lives (1965) in 1980 allowed Denise to break through to stardom. She had a small role in 48 Hrs. (1982), playing the villain's girlfriend, and parts in Trail of the Pink Panther (1982) and Curse of the Pink Panther (1983) (both critically unsuccessful). Her career began to pick up in the mid-1980s. She appeared in a variety of films and made-for-TV movies, including Stark (1985), Malice in Wonderland (1985) (playing Carole Lombard), Desert Hearts (1985), Eliminators (1986) and Miracle Mile (1988).In 1987, Denise caught her big break playing Lieutenant Tasha Yar in Star Trek: The Next Generation (1987). Although not a huge role, the character allowed Denise to build a sizable fan base that exists to this day. In 1988, she left the series due to the diminishing size of her role, but returned as a guest star in the early 1990s. In 1989, she played the mother of a dead toddler who was brought back to life through an ancient curse in Stephen King's somewhat hokey horror novel film adaptation Pet Sematary (1989). Remaining in the horror genre, Denise played a similar role of a mother who discovers her young daughter's doll is evil in the Child's Play (1988) clone Dolly Dearest (1991).The 1990s brought few opportunities to Denise, but she worked consistently, appearing in a television series in 1993, and made numerous guest appearances, including a couple of episodes of the raunchy cable series Red Shoe Diaries (1992), which were subsequently released on video. There were also roles in Relative Fear (1994), Mutant Species (1995), Dream Man (1995) and Executive Power (1997). More high-profile work arrived in the form of a small role in Jackie Brown (1997), playing a public defender, and a sizable part as a pregnant mother in the hit disaster movie Deep Impact (1998). She gained recognition as a "Star Trek" fan by producing and presenting Trekkies (1997) and its sequel Trekkies 2 (2004).Since 2000, Denise has appeared on television in guest roles on The X-Files (1993), JAG (1995), The Agency (2001), Threat Matrix (2003), Eyes (2005) and Dexter (2006). She acted in the award-winning short film The Bus Stops Here (2003), had a leading role in the western/horror indie film Legend of the Phantom Rider (2002) and has recently appeared in a horror film by legendary genre director Tobe Hooper, Mortuary (2005). This capable actress continues to appear on television and in film. Best known for her "Star Trek" days, Denise embraces her fans often at conventions and was appearing opposite her husband Ken Sylk in the drama film Ripple Effect (2007).

Chaos on the Bridge