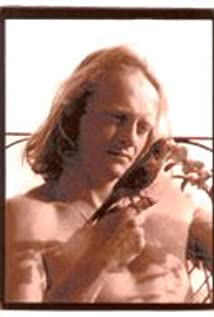 An accomplished actor, painter/sculptor and writer, Denis Forest attended Ryerson Theatre School in Toronto, Canada. He was an associate artist with the Necessary Angel Theatre Company from 1982-1987, where he collaborated on a number of award-winning plays under the direction of Richard Rose ("Tamara"). In 1983 "Mein" received the Dora Mavor Moore Award for Best New Play, and in 1984 Denis was nominated for an ACTRA acting award for the CBC drama A Man in Uniform (1993). In 1985 he was co-recipient of the prestigious Chalmers Award. In 1990 he moved to Los Angeles, where he played a number of memorable roles in film and on television. Recent film credits include Eraser (1996), Cliffhanger (1993) and The Mask (1994) (which showcased his comic abilities). He also starred in John Frankenheimer's Against the Wall (1994), Andersonville (1996), Stephen King's Storm of the Century (1999) and the drama The Shield (2002)). In March 2002 he appeared in two episodes ("Provenance 1" and "Provenance 2") of The X-Files (1993) and was preparing to begin work on a film.He has also written screenplays, among them "Blind Spot" and "Into the Fire". As an acclaimed artist, his paintings and sculptures have been exhibited and are permanently displayed in galleries and venues such as the William Turner Gallery in Venice, California (2000-2001), Bedlam Art in Los Angeles (March-April 2002), Soolip Gallery (2000), JP Morgan Securities in San Francisco, Aladdin Hotel in Las Vegas (2000), Four Seasons Hotel in Las Vegas (1999), the Laguna Museum of Art (2000; his work is also featured in the sales and rental office of the museum), LACMA (Los Angeles County Museum of Art) Group Show (1999), DeVorzon Gallery in Beverly Hills, D2 in Seat Vision, Diana Derpic, the William Turner Gallery in San Francisco at the Triton Hotel (1996) and in private collections.Although Denis was often cast to play bizarre and eccentric characters, his dramatic work (including a flawless performance in "The Shield") speaks of his amazing range, talent and sensitivity. Denis spoke of his delight at the success in his native Canada of the children's film The Tadpole and the Whale (1988) ("The Tadpole and the Whale"), which made his character Marcel a favorite with children - who would recognize him and approach him on the street. In his personal life, Denis was an engaging, sensitive, spiritual, kind, funny, extremely intelligent and enlightened person; he will be remembered as a truly gentle soul. Denis' special interests included poetry, literature, philosophy, art, film, music, yoga, and alchemy which held a special intrigue for him and figured profoundly into his painting. Denis was truly a Renaissance Man. Denis passed away suddenly following a massive stroke in Los Angeles on March 18, 2002, after having dinner in a Franklin Avenue restaurant in Hollywood with a few friends. An incredibly talented actor, writer, and artist, a wonderful and inspiring friend who left us too soon, a ray of light - that is how Denis will be remembered by those who had the good fortune of knowing him.

Storm of the Century