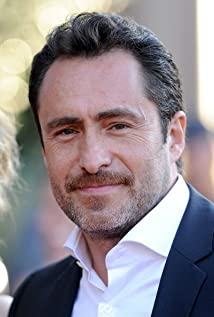 Demián Bichir Nájera was born in Mexico City, Mexico, to Maricruz Nájera (María de la Cruz Najera Botello), an actress, and Alejandro Bichir (Alejandro Bichir Batres), a theatre director. His parents met in the theatre. He has two brothers who are also actors, Bruno Bichir and Odiseo Bichir. His paternal grandfather was from Mlij, Lebanon. Demián began acting, at age 3 at the Palace of Fine Arts in his native Mexico City. He became a member of the National Theater Company of Mexico at age 13 and acted in several plays directed by renowned international masters such as José Tamayo, Clifford Williams and José Quintero. He starred in the Spanish versions of Ah! Wilderness, Equus, Broadway Bound, The Ghost Sonata and Malcolm VS the eunuchs. He made his Amrican stage debut in By the waters of Babylon at the Geffen Play House in Los Angeles.At age 22, he moved to New York. He decided he wanted a break from acting, so that he could experience life and learn English. He got a job as a busboy at Rosa Mexicano, where he would make guacamole at customer's tables. He then moved to Los Angeles for four years, attempting to land acting roles. But, unsuccessful, he was tempted back to Mexico with the offer of role in Hasta Morir, for which he won an Ariel (the Mexican equivalent of an Oscar). His career took off in Mexico. In 1991, his movie Sexo, pudor y lágrimas broke Mexican box office records becoming the #1 movie in the history of Mexican cinema.He decided to try his luck again in America. His American debut occurred in the television movie In the Time of the Butterflies (2001), starring Salma Hayek. Later, he went on to play Fidel Castro in Che: Part One (2008) and Che: Part Two (2008). In 2012, he was nominated for an Oscar for Best Performance by an Actor in a Leading Role in A Better Life (2011).