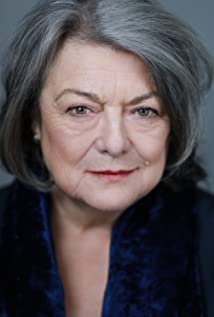 Delia Lindsay is a versatile and talented English actress who has appeared in numerous British films and television dramas from 1970 up to the present day.In 1970, she played "Alice" in Scars of Dracula (1970), a Gothic horror picture made by Hammer Films at Elstree Studios. Her character is romantically involved with "Paul" (Christopher Matthews), the brother of the film's hero, much to the displeasure of her father, the town's burgomaster (Bob Todd). Her scenes provide some much-needed comic relief in what is probably the bloodiest and most violent entry in Hammer's "Dracula" series. In 1978, she married Jeremy Sinden, a talented English character actor. Their first child, a daughter called Kezia, was born on 18th December 1979. A second daughter, Harriet, was born on 1st July 1984. However, in 1996, her husband died of lung cancer at the tragically young age of forty-five.Whilst bringing up her young family, Delia continued with her acting career. Around this time, she made guest appearances in a couple of fondly-remembered television sitcoms. She played "Norma" in A Fine Romance: The Restaurant (1981) episode in the first series of A Fine Romance (1981). This episode was first broadcast on 15th November 1981. A Fine Romance (1981) was written by Bob Larbey and starred the real-life husband and wife team of Michael Williams and Judi Dench. Delia also appeared as "Mrs. Highsmith" in the fifth episode, Fresh Fields: Des. Det. Res. (1984), of the first series of Fresh Fields (1984), a sitcom starring Julia McKenzie and Anton Rodgers. The episode was first broadcast on 4th April 1984.In 1999, Delia played the part of "Lady Basildon" in An Ideal Husband (1999). This was, in my opinion, the best of film director Oliver Parker's Oscar Wilde adaptations. In his notes for the original play, Oscar Wilde describes Delia's character, the Countess of Basildon, as a woman "of exquisite fragility", whose "affectation of manner has a delicate charm".In 2002, Delia played "Mrs. Arrowpoint" in a very good BBC adaptation of Daniel Deronda (2002), the George Eliot novel first published in 1876. This mini-series was made by the same team of producer Louis Marks and writer Andrew Davies, who had made the 1994 television dramatization of Middlemarch (1994). The cast of Middlemarch (1994) had included Delia's late husband, Jeremy Sinden, in the role of "Captain Lydgate". In Daniel Deronda (2002), Delia's character, "Mrs. Arrowpoint", employs "Herr Klesmer" (Allan Corduner) as a music tutor for her daughter, "Catherine Arrowpoint" (Anna Steel). As George Eliot observed in the novel, "to have a first-rate musician in your house is a privilege of wealth, and Catherine's talent demanded every advantage".In 2010, Delia played "Barbara" in the topical BBC drama, On Expenses (2010). This was a television film about the political scandal of members of the British parliament making fraudulent expenses claims.

Because of the Cats