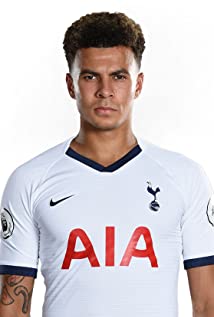 "Attacking midfielder, Dele, was born on 11th April 1996 in Milton Keynes, England. He joined the youth system at MK Dons aged 11 and broke into the first team during the 2012-13 season. Over the next two-and-a-half years he made 88 official appearances for the team, scoring 24 goals.The midfielder initially joined Tottenham Hotspur from MK Dons in February 2015, before returning to MK Dons to complete the 2014/15 League One campaign on loan. There, he enjoyed an outstanding season with 16 goals in 39 appearances in the third tier of English football as MK were promoted automatically into the Championship as runners-up behind Bristol City. His performances were recognized with a place in the PFA's League One Team of the Season and he was voted the Football League's 'Young Player of the Season.'Dele made his Tottenham Hotspur debut off the bench at Manchester United on the opening day of the 2015/16 season. During this season, he made his senior England debut against Estonia in a Euro 2016 qualifier and scored his first international goal - a long-range shot - beating teammate Hugo Lloris in a 2-0 win against France at Wembley Stadium. His tremendous flick, turn and volley against Crystal Palace in January 2016 won the BBC's 'Goal of the Season' award.Dele subsequently enjoyed an even better 2016/17 campaign which saw him break the 20-goal barrier (with 22 in total), start all six of Spurs' Champions League games, win his first EA SPORTS 'Player of the Month' award in January, 2017, pick up a second consecutive PFA 'Young Player of the Year' award, earn a place in the 'PFA Team of the Year' for the second time and be named One Hotspur Junior Members' 'Player of the Season' - again for the second successive season.Dele scored 14 goals in 50 appearances for Tottenham Hotspur across all competitions in 2017/18, including a strike against Chelsea which helped the team register their first win at Stamford Bridge since 1990.In Tottenham's 2018/19 campaign, he scored twice during the club's run to the Carabao Cup semi-finals and made 38 appearances in all competitions, including eight starts in the Club's run to the Champions League Final against Liverpool in Madrid in June 2019."

All or Nothing: Tottenham Hotspur

Daring to Dream: England's story at the 2018 FIFA World Cup