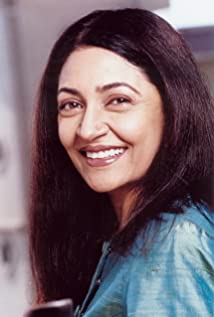 Deepti Naval is an Indian film actor, director, writer, painter and photographer. A multi-faceted personality, her major contribution has been in the area of art cinema, winning critical acclaim for her sensitive and close to life characters that emphasized the changing role of women in India. The first American-Indian actor to join Hindi films, Deepti made her debut in the year 1980 with the path-breaking film EK BAAR PHIR, for which she won her first Best Actor award, and has since appeared in more than 90 films, including CHASHMEBADDOOR, KATHA,SAATH SAATH, KAMLA, MIRCH MASALA,ANKAHI, MAIN ZINDA HOON, DIDI, LEELA, SHAKTI, FIRAAQ, LISTEN AMAYA, MEMORIES IN MARCH, NH-10 etc., carving a distinct niche for herself in the Indian Film Industry.Deepti was awarded Best Actor in several international film festivals for her roles in Leela, Firaaq, Memories in March and Listen Amaya etc. She also won Best Screenplay at the NY Indian film festival for her directorial film, DO PAISE KI DHOOP, CHAAR AANE KI BEARISH. Deepti Naval was recognized as the 2007 Tribute Honoree of the Indian Film Festival of Los Angeles. She wrote and directed THODASA AASMAAN, a women-centric TV serial and produced a travel show The Path Less Travelled.Deepti has recently made her debut in theatre, with the poetic stage show, EK MULAQAAT where she plays the celebrated Punjabi writer, Amrita Preetam.EDUCATION After her schooling at the Sacred Heart Convent, Amritsar, Deepti migrated to the US with her family in the year 1971. A graduate of Hunter College of the City University of New York, Deepti acquired her Bachelor's degree in Fine Arts studying Painting as her major subject and English and Psychology for minors. Her interest in a whole range of other subjects led her to study American Theater, Photography, and Astronomy.After graduation Deepti had a brief stint with the Gene Frankle Institute of Film and Television pursuing her passion for acting. Inspired by her father, Deepti believes in education as an ongoing process throughout life and has spent several winters in New York doing workshops on Creative Writing.FAMILY Her father Uday Chandra Naval, hailing from Punjab, was a professor, head of the English Dept. at the Hindu College, Amritsar. He had graduated from Govt. College Lahore with Honors in English literature during pre-partition India. Her mother Himadri Gangahar, a teacher and a painter, was born and brought up in Burma, where she acquired her education at the Jesus and Mary Convent in Mandalay. She later had to migrate to India during the Japanese invasion of 1942. Himadri was a cinema enthusiast. Her fascination for music, dance and drama were infused into the mind of her younger daughter through bedtime stories.