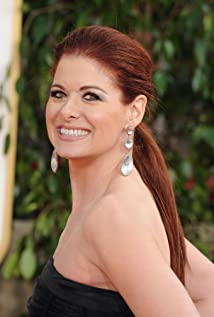 Messing was born in the New York City borough of Brooklyn, the daughter of Jewish American parents, Sandra (née Simons), who has worked as a professional singer, banker, travel and real estate agent, and Brian Messing, a sales executive for a jewelry manufacturer. When Messing was three, she moved with her parents and her older brother, Brett, to East Greenwich, a small town outside Providence, Rhode Island.During her high school years, she acted (and sang) in a number of high school productions, including the starring role in the musical "Annie" and "Fiddler On the Roof." Messing took lessons in dance, singing, and acting. In 1986, she was Rhode Island's Junior Miss and competed in Mobile, Alabama in the America's Junior Miss scholarship program. While her parents encouraged her dream of becoming an actress, they also urged her to complete a liberal arts education before deciding on acting as a career. Following their advice, she attended Brandeis University in Waltham, Massachusetts.In 1990, after graduating summa cum laude from Brandeis with a bachelor's degree in theater arts, Messing gained admission to the elite Graduate Acting Program (which accepts only about 15 new students annually) at New York University, where she earned a master's degree in fine arts after three years.In 1998, Messing played a lead role as the bio-anthropologist Sloan Parker on ABC's dramatic science fiction television series Prey. During this time her agent approached her with the pilot script for the television show Will & Grace. Messing was inclined to take some time off, but the script intrigued her, and she auditioned for the role of Grace Adler, beating out Nicollette Sheridan, who later guest-starred on the show as a romantic rival of Grace's. Will & Grace became a ratings success, and Messing gained renown.In 2002, she was named one of the "50 Most Beautiful People in the World" by People Magazine. TV Guide picked her as its "Best Dressed Woman" in 2003. Messing met her husband, Daniel Zelman (an actor and screenwriter), on their first day as graduate students at NYU. The two were married on September 3, 2000, and live in New York City. On April 7, 2004, Messing gave birth to their son, Roman Walker Zelman.