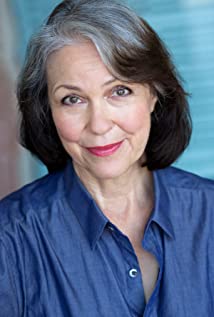 Deborah Geffner is an actress, writer, director, singer, dancer, filmmaker, coach, animal-lover, and mom. She is best recognized for her role in Bob Fosse's Oscar-winning film All That Jazz (1979). You've seen her on TV in ER (1994), Grey's Anatomy (2005), Monk (2002), and Criminal Minds (2005), among others, and in films such as Living Out Loud (1998), Infestation, and Exterminator 2 (1984).Deborah's passion is telling stories. She has loved acting ever since the age of five when she filled in for the little boy who got the measles on opening night of the Caucasian Chalk Circle at Carnegie Mellon. She got to say lines, fence with boys and eat cookies on stage. And at the end everyone applauded for her! (What could be better?!) Later engagements included 2 ½ years on Broadway in the original run of "A Chorus Line", the Broadway revival of "Pal Joey" and "Accomplice" at the Pasadena Playhouse.While in New York, Deborah studied at Juilliard, at HB Studios and with great teachers: Larry Moss, Sam Schacht, then in Los Angeles with Peggy Feury, Peter Flood, The Groundlings, and the wonderful Richard Seyd. Soon after moving to LA, she was cast as a series regular in the pilot "Century Hill" and in the TV-movie Legs (1983). She starred as a Radio City Music Hall Rockette in Manhattan with one of her idols Gwen Verdon. It was there, on the day after Valentine's Day, that her boyfriend flew to New York and proposed to her in the middle of the Brooklyn Bridge after a snowstorm. They are still married.After a break to raise two bizarre, sweet and fascinating daughters, she returned to acting full time and started writing, directing, and producing. She considers directing very relaxing. After living with teenagers, she finds it refreshing to have people actually listen to her.She has made three award-winning short films to date, and directed three plays which got rave reviews. The last was chosen for Best Of Fringe in the 2012 Hollywood Fringe Festival.

Night of the Living Deb