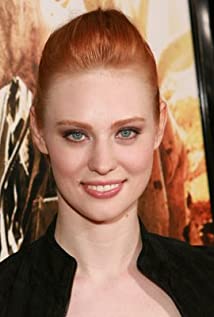 Deborah was born in 1985, in Brooklyn, New York, from Irish and German heritage. She took acting, piano and dance classes. She went to high school at Packer Collegiate Institute and graduated from the BFA program at the USC School of Theatre at the University of Southern California.Deborah started to work as an actress on television and her breakout was in the highly-acclaimed HBO vampire drama, True Blood (2008), as a young and fierce vampire girl, "Jessica Hamby". From that moment, she gained roles in such films as Mother's Day (2010), Seven Days in Utopia (2011), Someday This Pain Will Be Useful to You (2011), Catch .44 (2011), opposite Bruce Willis and Forest Whitaker, and Ruby Sparks (2012). Woll's boyfriend, Edward E.J. Scott, is a comedian and his family are afflicted with choroideremia, which is a condition that slowly blinds its victim. She uses her celebrity status to help advocate for them and others with the disease. She has been quoted as saying that her boyfriend's bravery in fighting his disability has inspired her own battle with Celiac disease, which makes her body intolerant to foods containing gluten.

Meet Me in Montenegro

Someday This Pain Will Be Useful to You