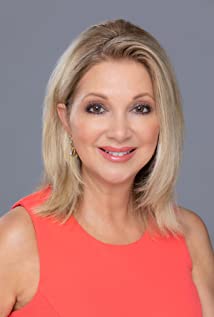 Debbie was born and raised in Cleveland, Ohio. In 2012, on a whim, she auditioned for the Marvel movie, "The Avengers", and was booked for a background role. From that, she got the 'acting bug' and since then she has been booked in over 40 major and independent films, several commercials, and more recently, theater. Debbie continues to enhance her skills through continuous training and working with experienced actors and directors.Her latest feature film, premiering in the Fall of 2020, is the action thriller, "Escape From Death Block 13" (2020), directed by Gary Jones. Debbie has the lead role as Warden Jack in this prison thriller starring Robert Bronzi, Chris Hahn and Nicholas Turturro.Also in 2020, was the release to video of the feature film, "That's Amore" (2020). The film is directed by Dan Helbling, and is a romantic comedy starring comedienne Tammy Pescatelli and Barbara Russell (Mr. Rogers' Neighborhood). Debbie, has a supporting role, as Debbie the Dental Assistant, in this fun, family friendly, feature film.Debbie is also known for her supporting role, as Mrs. Miller (Lauren's mom), in Eddie Lengyel's 2019 highly rated horror feature film, "The Curse of Lilith Ratchet" and can still be viewed on several streaming sites.Debbie is a member of SAG-AFTRA, supports the Greater Cleveland Film Commission, and is a current board member of The Cleveland Actors' Studio. Stay tuned for further updates and announcements in 2021.

Judas and the Black Messiah

The Curse of Lilith Ratchet