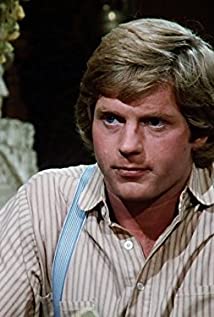 Dean Butler was born on May 20, 1956 in Prince George, BC, Canada. He is a producer and actor best known to audiences for his portrayal of Almanzo Wilder from 1979 to 1983 on the iconic pioneer drama, Little House on the Prairie. He co-starred in the feature film, Desert Hearts, played Moondoggie in the syndicated The New Gidget, and Buffy's dad, Hank Summers, on Buffy the Vampire Slayer. On Broadway Dean played Rapunzal's Prince in the original company of Into the Woods, toured internationally as Tony in West Side Story, and appeared with Carol Burnett in a regional production of Company.Since 2011 Dean has been the Senior Producer of the Emmy nominated Feherty series on Golf Channel. He lives in Los Angeles and is married to actress, Katherine Cannon.

Little House: Look Back to Yesterday