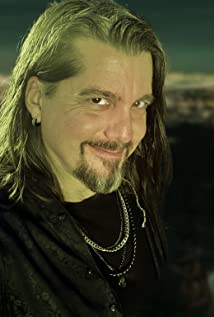 Known in the video game world as the voice of the iconic villain, Albert Wesker, in the "Resident Evil" franchise, the heart string pulling Geth, Legion, in the "Mass Effect" trilogy, as well as popping up in quirky indie film roles , from Sharknado 2: The Second One (2014) and Black Ops (2008) to Aquarium of the Dead (2021) and Isle of the Dead (2016).D.C. Douglas was born in Berkeley, California, but lived and performed theatre throughout the San Francisco Bay Area in the late 70's and early 80's. His family history of the circus, vaudeville and burlesque led him to pursue a film and television career in Los Angeles.He produced several plays in Los Angeles and was a member of the critically acclaimed New One-Act Theatre Ensemble (Theatre of NOTE) in the early 90's.D.C. has also written, produced and directed numerous short films over the years. In 2009,The Crooked Eye (2009), starring Academy Award winner Linda Hunt, was released on iTunes.He has waded into political waters, as well. Inadvertently, at first, for mocking the Tea Party movement and becoming "breaking news" on Fox News for a week, appearing on Geraldo Rivera Reports (2003), Joy Behar: Say Anything! (2009), and becoming the set-up for a comic bit about animated corporate spokesmen on The Daily Show (1996). During the Trump years he wrote, produced and directed 19 episodes of Breaking News: Fake Trump Cartoons! (2017) featuring the voices of many popular voice actors.D.C. continues to act in film, television and video games. In addition, he often can be found as a guest of honor at US and international anime cons/comic cons.