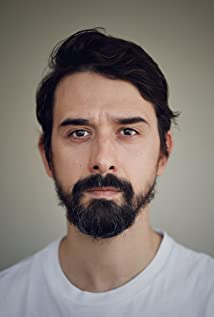 Born in Genoa in 1984, between 2004 and 2007 Davide Iacopini attended the prestigious acting school "Scuola del teatro stabile di Genova". He made his stage debut in the leading role in Demons by Dostoevskij. Between 2007 and 2011 he divided his time between TV productions and theatre work. In 2012 he was cast by Daniele Vicari for a significant role in "Diaz don't clean up this blood", which was presented at the Berlin International Film Festival where it was also awarded a prize In 2013 he played one of the lead roles in TV series "I segreti di Borgo Larici", broadcast on Canale 5, while in 2014 he appeared in "Mia madre" by Nanni Moretti and "Suburra" by Stefano Sollima. In 2015 he was in Rai TV series "Non uccidere" by Giuseppe Gagliardi and in 2016 he is the leading male character of "Squadra Antimafia - Il ritorno del boss". He is currently (2017) filming "Non uccidere 2" and "Principe libero" the story of Fabrizio De Andrè.