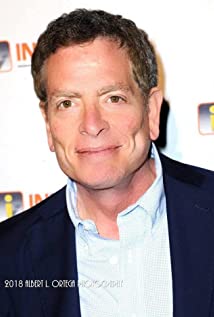 Born on October 16, 1947 in Milwaukee, Wisconsin, USA, legendary director/writer/producer David Zucker, along with legendary brother Jerry (Ghost, 1990) Zucker and equally legendary friend, Jim (Hot Shots, 1991) Abrahams, has established himself among Hollywood's (or at least Wisconsin's) most successful filmmakers.Starting out after college, with a borrowed video tape deck and camera, the soon to be legendary trio created the Kentucky Fried Theater, on the UW Madison campus, and moved to California in 1972, quickly becoming the most successful small theater group. in Los Angeles history. After parlaying this success into The Kentucky Fried Movie, the three conceived the idea that would create a whole new film genre. Airplane! (1980) broke all conventions, featuring dramatic actors like Robert Stack and Leslie Nielsen performing zany jokes with straight-laced sincerity. The spoof became the surprise hit of 1980, beginning a streak of hilarious movies including Top Secret! (1984) and Ruthless People (1986), after which David branched out on his own to direct The Naked Guns (1988, 1991, 1994), BASEketball (1998), Scary Movies 3 (2003), and 4 (2006), and others.David also found time to produce the successful, but somewhat less hilarious A Walk in The Clouds (1995) and Phone Booth (2002), and recently completed a feature script, The Star of Malta, a comedy set in the Film Noir era, and an international spy thriller, "Counter Intellijence!".Outside of the entertainment world, David has been a prominent advocate of environmental causes, having served on the board of TreePeople, an LA based organization committed to promoting community based tree planting and ecological solutions. David has worked closely with founder Andy Lipkis, taking a major role in charting the direction of the organization, and while doing so, receiving numerous honors, including the annual Evergreen Award.

O.J.: Made in America