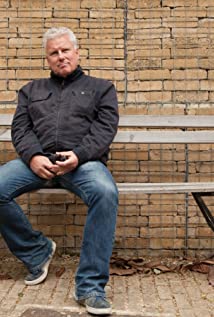 David Westhead studied drama at Bristol University before going on to RADA,from where he graduated in 1987. He was offered understudy roles with the Royal Shakespeare Company but turned them down as he was convinced he had a job with Edinburgh's Traverse Theatre. In the event this fell through and he joined the grandly named Actors' Touring Company,which toured but in which three men played all the roles. Since then he has indeed performed with the Royal Shakespeare Company but in leading roles,as well as in virtually all the television murder mystery series in Britain. In 2002 he and two colleagues founded Wilton Pictures,a production company specialising in making documentaries. Also a lecturer in drama it was whilst he was teaching in South Africa that he met a group of disadvantaged youngsters with potential as photographers. Consequently,along with professional photographer John Cole - who,like David,lives in Brighton - he set about putting them on an eight week crash course in photography,enabling them to make a professional living from it. The exhibition of their work,entitled Wembley To Soweto was exhibited at London's South Bank in July 2011.

Fast Freddie, the Widow and Me