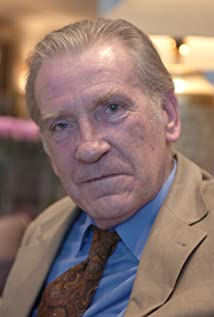 Distinguished character actor David Hattersley Warner was born on July 29, 1941 in Manchester, England, to Ada Doreen (Hattersley) and Herbert Simon Warner. He was born out of wedlock and raised by each of his parents, eventually settling with his itinerant father and stepmother. He only saw his mother again on her deathbed. As an only child from a dysfunctional family, young David excelled neither at academia nor at athletics. He attended eight schools and "failed his exams at all of them." After a series of odd jobs, he was accepted against all odds at Royal Academy of Dramatic Art (RADA), and became a member of the Royal Shakespeare Company.When he first took up acting, it was not with the notion of a prospective career, but rather to escape (in his own words) 'a messy childhood.' Warner received some early mentoring from one of his teachers, and made his theatrical debut in 1962 at the Royal Court Theatre as Snout in A Midsummer Night's Dream, directed by Tony Richardson. A year later, he became the youngest-ever actor to play Hamlet at the Royal Shakespeare Company. Comedy may not have been his forte as much as the likes of Falstaff, Lysander and (on several occasions) Henry VI. Eventually becoming disaffected with the theatre (and plagued for some years by stage fright), Warner found himself better served by the celluloid medium. His first big break came on the strength of his small part in A Midsummer Night's Dream, courtesy of Tony Richardson who cast him in his bawdy period romp Tom Jones (1963) as the mendacious, pimple-faced antagonist Blifil, who vied with Albert Finney for the affections of Susannah York. A proper starring turn on the big screen followed in due course with the title role in Morgan! (1966), Warner playing a deranged artist with Marxist leanings who goes to absurd lengths to reclaim his ex-wife (played by Vanessa Redgrave), including blowing up his mother-in-law. In yet another off-beat satire, Work Is a Four Letter Word (1968), Warner played a corporate drop-out who grows psychedelic mushrooms in an automated world of the future. Combined with his two-year stint as Hamlet with the RSC, Warner became a star at age 24.By the 1970s, he had become one of Britain's most sought-after character actors and went on to enjoy an illustrious and prolific career on both sides of the Atlantic, throughout which he rarely spurned a role offered him. Tall and somewhat ungainly in appearance, Warner excelled at troubled, introspective loners, outcasts and mavericks or downright sinister individuals. The latter have included SS General Reinhardt Heydrich in Holocaust (1978), Jack the Ripper in Time After Time (1979), Picard's sadistic Cardassian torturer Gul Madred in Star Trek: The Next Generation (1987), the villainous ex-Pinkerton man Spicer Lovejoy in Titanic (1997) and the evil geniuses of Time Bandits (1981) (a role turned down by Jonathan Pryce) and Tron (1982). He also essayed the creature to Robert Powell 's Frankenstein (1984).Less eccentric roles saw him as the doomed photojournalist who literally loses his head in The Omen (1976) (Warner later described the experience of working alongside Gregory Peck as a career highlight), the sympathetic, but equally ill-fated Klingon Chancellor Gorkon in Star Trek VI: The Undiscovered Country (1991) and the sad, likeable fantasist Aldous Gajic, searching for the Grail in Babylon 5 (1993). Warner also appeared in a trio of films for which he was handpicked by the director Sam Peckinpah. Best of these is arguably the comedy western The Ballad of Cable Hogue (1970), with Warner well cast as the roving-eyed, itinerant Reverend Joshua Duncan Sloane. Warner won an Emmy Award for Outstanding Supporting Actor in a Limited Series for his performance as the Roman Senator Pomponius Falco in the miniseries Masada (1981). Following a three-decade long absence, Warner returned to the stage in 2001 for the role of Andrew Undershaft in Shaw's Major Barbara. In 2004, he played the title role in King Lear at the Chichester Theatre Festival in England. More recently, he appeared on TV as Professor Abraham Van Helsing in Penny Dreadful (2014), as Rabbi Max Steiner in Ripper Street (2012) and as Kenneth Branagh's ailing father in Wallander (2008).A riveting screen presence, the ever-versatile and charismatic David Warner passed away aged 80 from cancer at Denville Hall, an entertainment industry care home, in Northwood, London, on 24 July 2022.

The Secret of Crickley Hall

Tron: The Next Day

A History of Horror with Mark Gatiss