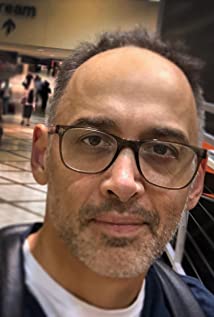 David Wain was born and raised in Shaker Heights, Ohio.He met the other members of the comedy troupe The State while a film student at NYU, where he graduated from in 1991.As part of The State, he co-created and co-starred on their self-titled MTV sketch comedy show in the mid 90's. He then continued to work with his State partners on many other projects, beginning with Stella (2005), a nightclub show which then became a series of web shorts and a Comedy Central Series.His first film as co-writer and director was the indie summer camp comedy Wet Hot American Summer (2001), which was then turned into two mini-series on Netflix.He has subsequently co-written and directed a total of five feature films, the most successful being Role Models (2008).His most recent feature, A Futile and Stupid Gesture (2018), is a biopic about Doug Kenney, the founder of National Lampoon.He is executive producer of the Emmy award winning series Childrens Hospital (2008) as well as its spin-offs Newsreaders (2013) and Medical Police (2020).He's also worked consistently over the years as an actor, including the recurring role of Rabbi Jewy McJewJew on "Childrens Hospital", a version of himself in his semi-autobiographical web series Wainy Days (2007), and as "Yaron" in the Netflix series Wet Hot American Summer: First Day of Camp (2015).

Under the Eiffel Tower