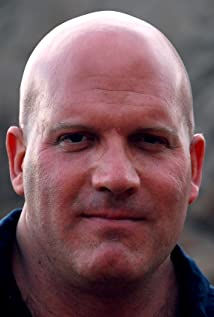 David Sobolov is the voice of Blitzwing in the Paramount feature Bumblebee, Gorilla Grodd on The CW Network drama The Flash, The Centurion in the Fox feature Alita: Battle Angel, and Drax in Marvel's Guardians of the Galaxy animated series. You can hear David as the voice of Black Knight Garridan in the video game Fortnite, as well as Black Bishop in Vader Immortal: A Star Wars VR Experience for LucasArts. He's the voice of Shockwave on Transformers Prime, Upgrade and Vin Ethanol on Ben 10, Dr. Fate in Injustice 2, The Arbiter in Halo Wars, and Lobo in Young Justice from Warner Brothers Animation.David was the voice of Depth Charge on the classic Beast Wars Transformers series, Tatsurion the Unchained (aka Bob) on Kaijudo, Lt. Vasquez in Call of Duty 4: Modern Warfare, Jul M'Dama in Halo 4, Dr. Garret Bryson in Mass Effect 3, Robocop in Robocop Alpha Commando, Lord Tyger on Spider-Man Unlimited, and Spookie Jar on Sabrina: The Animated Series.His face and voice were featured in the on-camera performance capture role of Rios in Army of Two: The Devil's Cartel for EA, and in the feature film Sparks. You'll hear David speaking German in the first Call of Duty game, and Klingon in Star Trek Into Darkness.David studied acting with the legendary Sanford Meisner and Richard Pinter at the Neighborhood Playhouse in New York.