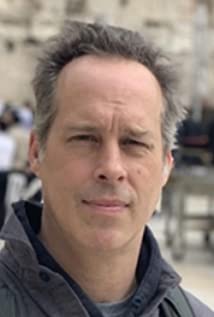 He was born on 7th November 1972, in Goshen, New York. He is a middle child with a younger brother and an older sister. He grew up watching movies and playing sports, his favorite being baseball. After seeing Indiana Jones and the Raiders of the Lost Ark (1981) at age 10, he fell in love with the action, and by the time he was 15, he wanted to be part of the action. After much persistence and determination, he received his SAG (Screen Actors Guild) membership as a Stuntman in 1994, doubling Leonardo DiCaprio in the film The Basketball Diaries (1995). He has worked on more than a 100 films, TV shows, and commercials. A few stunt credits include Angels in America (2003), Analyze That (2002), and The Manchurian Candidate (2004). He has also done work on The Forgotten (2004), starring Julianne Moore, for which he's nominated for a 2005 Taurus Stunt Award in the High Work Category performing a backwards 180' descender fall. From 1999 to 2001, he studied acting with famed drama teacher William Esper at his studio in New York. Other students that have attended his studio are David Morse, Patricia Heaton, Aaron Eckhart, and Kathy Bates. Since then, David has combined his acting with his stunt abilities to form a well-rounded stunt-actor. His acting credits include notable TV appearances on Law & Order (1990), Law & Order: Special Victims Unit (1999), and The Sopranos (1999). David and his wife Leda were married in June 2005 and currently live in the New York City area.