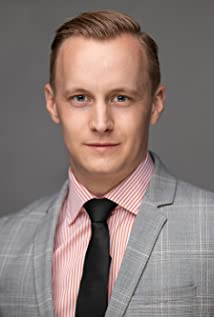 David S. Lindgren was born and raised in southern Sweden by a Swedish mother and Albanian father. Today he speaks three languages fluently, Swedish, English, Norwegian and is almost entirely fluent in Albanian as well. Lindgren realized early on that he loved acting and theater when he participated in many of the school's plays as a youngster. For 4 years after graduating from the trade program, Lindgren traveled around the world, starting with a year in Australia and then on to Norway, Brazil & Prague before returning to Sweden. Lindgren studied "Acting for film" at the Prague Film School in the Czech Republic. While at school, Lindgren was involved in a dozen short film projects, did VO work for video games, was the main model for commercials for Storm London and also played the role of a game Admin in the award-winning documentary "The Blue whale challenge." Lindgren has played very diverse roles lately. Chief among them the role as a Nazi leader in "Tunna Blå Linjen" (SVT) as well as "King Adolf Fredrik I in the new drama series "Drottningarna"(Cmore / Tv4). Lindgren has also during the last two years played the lead role as: John Doe who is a dad, Psychopath and killer in the new feature film "Vanish Without A Trace" Directed By: Francesco Valentino.