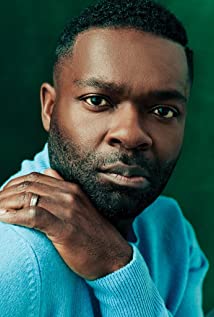 David Oyelowo (pronounced - "oh-yellow-oh"), is a classically trained stage actor who has quickly become one of Hollywood's most sought-after talents. He graduated from the London Academy of Music and Dramatic Art (LAMDA), and received the "Scholarship for Excellence" from Nicholas Hytner in 1998.David starred as Martin Luther King Jr. in Paramount's drama Selma (2014). Directed by Ava DuVernay and produced by Oprah Winfrey and Brad Pitt's Plan B, the film follows Dr. King's struggle to secure voting rights for black people culminating in the march from Selma to Montgomery, Alabama and President Lyndon Johnson's signing of the Voting Rights Act of 1965. Oyelowo received Golden Globe Award, Film Independent Spirit Award nominations and won the NAACP Image Award for Best Actor for his portrayal of Dr. King and the film received an Oscar nomination for Best Picture. David was also recently seen in Christopher Nolan's sci-fi adventure Interstellar (2014), J.C. Chandor's crime drama A Most Violent Year (2014), and Simon Brand's thriller Default (2014).David recently wrapped production on Paramount's Captive (2015), a true-life crime thriller about a drug-addicted single mother (Kate Mara) who finds herself taken hostage in her apartment by an escaped convict (Oyelowo) after he murders the judge overseeing his trial, and the independent drama, Five Nights in Maine (2015). He serves as producer on both films as well. David also starred in Nina (2016), a biographical drama focused on the late singer, Nina Simone (played by Zoe Saldana) and her relationship with her manager, Clifton Henderson (Oyelowo) and Nightingale (2013), a psychological drama in which David plays the solitary character, Peter Snowden, an Iraq War veteran who suffers a mental breakdown, which premiered on HBO on May 29th. His next project is Queen of Katwe (2016) opposite Lupita Nyong'o.Additional film credits include Lee Daniels' The Butler (2013), Steven Spielberg's Academy Award nominated drama Lincoln (2012), with Daniel Day-Lewis, Sally Field and Tommy Lee Jones, the critically acclaimed independent drama Middle of Nowhere (2012), which earned David individual NAACP Image Award and Independent Spirit Award nominations, Jack Reacher (2012) opposite Tom Cruise, Lee Daniels' The Paperboy (2012) opposite Nicole Kidman, Matthew McConaughey and Zac Efron, the British made for television movie Complicit (2013), George Lucas' produced WWII drama Red Tails (2012), which won "Best Motion Picture" at the 2013 NAACP Image Awards, Rise of the Planet of the Apes (2011) alongside James Franco and Freida Pinto, the Academy Award nominated drama The Help (2011), 96 Minutes (2011), which premiered at the 2011 SXSW Film Festival, Kevin MacDonald's The Last King of Scotland (2006) opposite Forest Whitaker and James McAvoy, Who Do You Love (2008), in which he played the iconic Muddy Waters, A Sound of Thunder (2005) for Warner Brothers, Derailed (2005) for Miramax, and Shoot the Messenger (2006) for BBC2.Oyelowo first impressed audiences on the stage when he starred in "The Suppliants" at the Gate Theatre playing King Palasgus, for which he received the Ian Charleson Award commendation. Following this he played the title role of "Henry VI", becoming the first black actor to play an English king for the RSC (Royal Shakespeare Company). The role won him the Ian Charleson Award and an Evening Standard Award nomination. Other theatre credits include an acclaimed performance in Richard Bean's "The God Botherers" at the Bush Theatre and the title role in Aeschylus' "Prometheus Bound", which was off-Broadway for which David received rave reviews.Beyond theatre, David starred in the BAFTA Award winning series Spooks (2002) playing Danny Hunter. "MI:5" also aired in the United States on BBC America. Additionally, he won the Royal Television Society Award for Best Actor and was also nominated for a BAFTA Award for the same role for his work on Small Island (2009). David also starred in the BBC1 original television movie Born Equal (2006) opposite Colin Firth as well as ABC's production of A Raisin in the Sun (2008), alongside Sanaa Lathan and Sean 'Diddy' Combs.David made his American debut in two productions for Home Box Office. First starring in Kenneth Branagh's adaptation As You Like It (2006), in which he played Orlando opposite Bryce Dallas Howard, which aired in August 2006. In October of the same year, he was again seen on HBO as the lead in the miniseries Five Days (2007), for which he won the Satellite Award for Best Actor in a Miniseries or Motion Picture Made for Television for his performance. David starred in the acclaimed adaptation of the Alexander McCall Smith novel The No. 1 Ladies' Detective Agency (2008), directed by the late Anthony Minghella.David Oyelowo was appointed Officer of the Order of the British Empire (OBE) by Queen Elizabeth II in the 2016 New Years Honours for his services to drama.