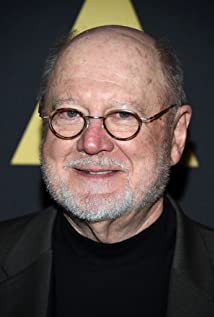 David Ogden Stiers was born in Peoria, Illinois, to Margaret Elizabeth (Ogden) and Kenneth Truman Stiers. He moved with his family to Eugene, Oregon, where he graduated from North Eugene High School in 1960. At the age of twenty, he was offered $200 to join the company of the Santa Clara Shakespeare Festival for three months. He ended up staying for seven years, in due course playing both King Lear and Richard III. In 1969, he moved to New York to study drama at Juilliard where he also trained his voice as a dramatic baritone. He joined the Houseman City Center Acting Company at its outset, working on such productions as The Beggar's Opera, Measure for Measure, The Hostage and the hit Broadway musical The Magic Show for which he created the character 'Feldman the Magnificent'. He lent his voice to animated films, with Lilo & Stitch (2002) being his 25th theatrically-released Disney animated film. He was also an avid fan of classical music and conducted a number of orchestras, including the Yaquina Chamber Orchestra in Newport, Oregon, where was the principal guest conductor.His other theatrical work included performances with the Committee Revue and Theatre, the San Francisco Actor's Workshop, The Old Globe Theatre Festival in San Diego and at the Pasadena Playhouse in Love Letters with Meredith Baxter. As a drama instructor, he worked at Santa Clara University and also taught improvisation at Harvard. In addition to his long-running role in M*A*S*H (1972), Stiers' work on television also included the excellent mini-series North & South: Book 1, North & South (1985), North & South: Book 2, Love & War (1986), The First Olympics: Athens 1896 (1984) and roles in such productions as Anatomy of an Illness (1984), The Bad Seed (1985), J. Edgar Hoover (1987), The Final Days (1989), Father Damien: The Leper Priest (1980) and Mrs. Delafield Wants to Marry (1986). Among his screen credits were The Accidental Tourist (1988), The Man with One Red Shoe (1985), Creator (1985), Harry's War (1981), Magic (1978) and Oh, God! (1977).Above all, the prodigious talent that was David Ogden Stiers will be most fondly remembered as the pompous, ever-so articulate Major Charles Emerson Winchester III in M*A*S*H. He had found that taking on the role was -- from the beginning -- an easy choice. Stiers saw and loved the movie version. Moreover, he had a fond regard of fellow actor Harry Morgan (who played the character of Colonel Potter) as a kind of fatherly role model. In retrospect, Stiers viewed his experiences with the show as a career highlight, saying "No matter how much you read about the M*A*S*H company, the evolution of it, the quite beautiful human stance it takes, you will not know how much it means ". In his spare time on the set he often annoyed the security guards by skateboarding at 25 miles an hour and "cheerfully thumbing his nose at them".David died of bladder cancer on March 3, 2018, in Newport, Oregon. He was 75.

Neil Stryker and the Tyrant of Time

Hoodwinked Too! Hood vs. Evil

Lady in the Water

Worst Week of My Life

Lilo & Stitch 2: Stitch Has a Glitch

The Origin of Stitch

Winnie the Pooh: Springtime with Roo