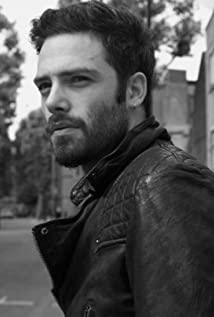 David Leon was born in Newcastle-upon-Tyne and was a talented footballer. When he left school age eighteen he successfully auditioned for the National Youth Theatre and turned down a place at Drama school in order to take a role in Oliver Stone's 'Alexander', though he established himself with British television audiences in the Bafta nominated drama 'Cutting It' and starred as Billy the Kid in a BBC film about the Wild West legend. He played the lead character in renowned photographer Rankin's debut feature 'The Lives of the Saints' written by Toni Grisoni and appeared in Guy Ritchies Empire award-winning Rock'n'Rolla, in which he plays Scottish junkie Malcolm a part initially written for Brad Pitt. He is regarded as one of the UK's brightest up and coming talents.