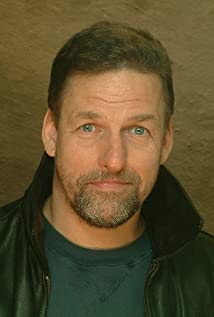 Born in Indianapolis the third child in a family of four he began his television career on the local program "Frank Edwards Presents" at the age of five, and his stage career as a mechanical toy in the Royal Danish Ballet at the age of seven. While still a child his family moved to Atlanta where he studied acting and writing at the Actors and Writers Workshop under Walter Roberts, Eric and Julia Roberts father. By high school his family had moved again, this time to the Philadelphia area were he would have his first experiences performing Shakespeare. But his real passion was comedy so, still in his teens he started hanging out in the back of the Improv in New York (on Thursdays when there was no cover) and doing stand up of his own at any and every venue that would allow a baby face to perform. In college he studied Radio, Television and film at Temple University in Philadelphia. In his junior year he won a scholarship to study abroad in Rome Italy. This was a major turning point in his life. Arriving in Rome with two hundred dollars in travelers checks, within a year he went from starving foreign student to international television phenomenon. Two hundred dollars wasn't much, even back then, so in addition to a full academic work load at the university he worked as a mime in Rome's piazza Navona by day, and as a disc jockey in English at Radio Daily American by night. At the end of the semester he got an offer to show tour of Italy. It didn't pay much, but it did cover expenses. At the end of the tour the record company that sponsored the show made him an offer he couldn't refuse. If he would record with them, they would put him on Italian television. The record company made good on their offer and even before the record was recorded David was a costar on the phenomenally popular program "TILT!". EMI records, seeing David's success, bought out his contract and put him on the San Remo music festival as a special guest star. The record was immediately a top 40 hit. This meant gigs and other TV programs. Then came movies and a high brow theater show for La Scala di Milano. He became one of the most prolific writers for the Italian version of the popular British political satire program "Spitting Image". To this day however, most Italians know him and his ZED Robot alter ego from a live daily program that became one of the most popular television programs in Italian television history: "Pronto Raffaella?". A variety/talk show starring Raffaella Carà, it was the perfect comedy gym for David. Every weekday he wrote and performed a sketch and improvised live (no 7 second delay) with celebrity guest stars. Guests included Gene Wilder, Gina Lola Brigitta, Sergio Leoni, Mother Teresa of Calcutta and a cavalcade of local and international celebrities. In 1989 David returned to the states. He auditioned for, and won a position at the Comedy Store in Hollywood. In '91 he married his Italian girl friend. He played Vegas. He made the rounds of the most popular American television programs. In '93 he was the first new comedian on Jay Leno's Tonight show. But in January of '94 David and his wife were nearly wiped out in the Northridge earthquake. 7.8 on the Richter scale it destroyed almost everything they had. All the work he had scheduled seemed to dry up before his eyes at the same time. A week later they discovered they had a baby on the way. But 1994 still had surprises in store. In June David was called back to Italy to do his own TV show, but not for the Italians. For an international satellite television network, to thirty five countries, in English. The Mr. Zed show, ran for five years in it's various versions. Re run in late night it regularly beat out the Letterman show in the region. In the mean time the Japanese and the Brits woke up to ZED. In November of the same year ZED appeared live for the first time on Japanese television on NHK's "Zakubaran" as his first daughter Sara Traylor was born in Rome. The Jack Dee Show from London followed shortly there after. In '97 David's second daughter Marina was born. David is still based tin Rome, it's a lot closer to London and the same distance from Tokyo as Los Angeles. In 2003 he won the most unique performer award at the Tokyo International Comedy festival. As of this writing he has written and performed in nine TV series in three languages on four continents and made guest appearances on many more. A believer that "Man does not live by Zed alone" he has diversified and to many is now better known for straight acting rolls. In 2015 he completed two films : "Blood on Méliès Moon" as French film pioneer Georges Méliès and "In Guerra Per Amore" an Italian romantic comedy about the U.S. invasion of Sicily in world war two.

In guerra per amore