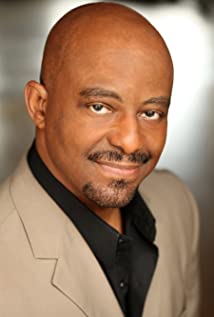 David Eugene Joyner was born on July 4th, 1963 in Decatur, Illinois to the proud parents, Roscoe and Mary Joyner. He is the 5th out 6 children. His nickname growing up was "Preacher". He graduated in 1981, with Honors, from MacArthur High School in Decatur at the age of 17. And in 1983 he graduated ITT Technical Institute of Indianapolis, Indiana with an Associate Degree in Electronic Engineering Technology, also with honors.In 1982 he became known as "The Mannequin Man". David was hired to stand in store windows in malls as a mechanically moving mannequin. Hundreds of people would stand outside the window and watch with amazement. In 1984 he was hired by (TI) Texas Instruments and moved to Dallas, Texas, where he worked for 6 years as a Software Analyst. On September 28, 1990 he resigned to pursue his entertainment career on a full-time basis. While working for TI, he performed during evenings and weekends at various clubs, malls, Churches, Civic Organization, and on local TV Talk Shows. He was known as "Mr. Entertainment-David E. Joyner-The Mannequin Man". He became a Professional Motivational Speaker in 1988, and is in great demand all over the country.He has a very funny and energetic way of motivating. In 1990 he became an Acting Coach at "The Dallas TV & Film Workshop, now known as "The Dallas Young Actors Studio & Performance Center, under the direction of Linda Seto. It's a non-profit organization that trains kids and teens from the ages of 3 to 18 acting skills. In 1992 he became the Assistant Director. It was there in 1990, that he met Casting Director, Shirley Abrams, who cast him in the role as "Barney". And it was also there that he met Hollywood Agent, Mary Grady, who is now one his dearest and closest friends. David began playing the role of Barney in 1991, and has traveled around the world spreading love to millions of people of all ages. He was the original Barney on the hit TV Series, "Barney & Friends", from 1992 until 2001. In April 2001 he left the television show, which is taped in Dallas, Texas, and moved to Los Angeles to continue pursuing his acting career outside the costume. After moving to LA, the Barney Special Events Dept came calling offering him the opportunity to continue traveling around the US making Barney appearances, and training new Barney's in other countries. All the while, allowing him to continue an acting career in LA as himself.On October 31, 1994 he lost one of his best friends to lung cancer, his Mom. She was only 58 years old.In 1998 David answered his call to Ministry, and was on the track for Ordained Ministry in the United Methodist Church, until he realized that his calling was bigger than being a Pastor in a church. David's calling is to share his love for children all over the world.In 2002 while guest-starring on the TV series, "That's So Raven", word got around the set that he was Barney. Later that day he was approached by a young lady asking him to meet with a producer named Claude Brooks, who was developing a new children's character named Hip Hop Harry, a rapping teddy bear. Thinking he was only meeting him to give him some great advice as to how to get Hip Hip Harry going, he was then offered the role as Hip Hop Harry to shot 2 pilots for a direct to DVD series. The two pilots were shot in August 2002, and thus the beginning of a new chapter in David Joyner's world of children's entertainment. Harry is a bear and the world's best youth counselor. He started his after-school program, Hip Hop Central, because he truly believes that kids need a positive place to learn, play and discover. Outside of being a youth counselor at Hip Hop Central he works as a rapper/singer/dancer for kids and families around the world. Hip Hop Harry lives and breathes Hip Hop in an old school sort of way but he's hip to the current trends. He loves to rap and dance along with the kids and he believes that a beat and a rhyme can solve any problem. Hip Hop Harry is 100% positive in all he does. He uses hip hop as a vehicle to spread positive and enlightening messages to both kids and adults.In 2005 Hip Hop Harry began making live appearances, blowing people away with a live show that had never been seen before as a costume character. Besides himself he has 4 very talented break dancers who know how to rock an audience. The live show is fulled with fun, and entertainment, while educating both children and adults when it's funky beats and cool raps. The producers recently signed a deal with Discovery Kids for a TV series. Hip Hop Harry can be seen on TLC and Discovery Kids, weekday mornings. 120 million homes, 5 days a week, 3 times a day. WOW, that's a lot of hip hopping. The response of Hip Hop Harry has been overwhelming, with many people believing he's going to be bigger than Barney.David is a man who truly has passion for the love of God, and he loves to share it with everyone he comes in contact with. He truly has a bright light shining from within. But besides being an

Scooby-Doo! Curse of the Lake Monster

All Lies on Me