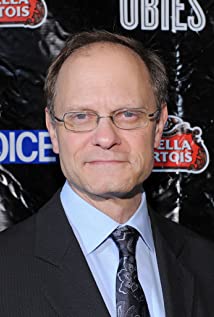 David Hyde Pierce was born on 3 April 1959 in Saratoga Springs, New York, USA. He is the youngest child of George and Laura Pierce (both deceased) and has two older sisters (Barbara and Nancy) and an older brother (Thomas). As a child, he was very interested in music (particularly piano) and regularly played the organ at his local church (Bethesda Episcopal Church). David discovered a love of drama in high school and, upon his graduation in 1977, he received the Yaddo Medal which is to honor academic achievement and personal character. However, his love of music was still strong so he decided to study classical piano at Yale University. Unfortunately, he soon grew bored with music history lessons and found that he wasn't dedicated enough to practice the required amount of hours to become a successful concert pianist. Instead, he returned to his love of drama and graduated in 1981 with a double major in English and Theatre Arts. He then moved to New York where he worked several menial jobs (including selling ties at Bloomingdales and working as a security guard) while acting in the theater during the late 80s and early 90s. He appeared in small roles in films such as Bright Lights, Big City (1988) before his life and career changed forever when he landed the role of "Dr. Niles Crane" in the television series Frasier (1993). Throughout the show's eleven year run (1993-2004), David was nominated for an Emmy Award for Outstanding Supporting Actor in a Comedy Series each year (he won four times: 1995, 1998-1999 and 2004). David resides in Los Angeles with his romantic partner, Brian Hargrove, and their two Wheaton Terriers, Maude and Mabel. He remains very close to his three siblings.

Hurricane of Fun: The Making of Wet Hot