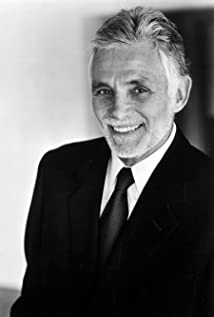 Albert David Hedison Jr. was born in Providence, Rhode Island, the elder son of Albert and Rose Hedison, naturalized United States citizens from Armenia. His father owned a jewelry enameling business and his son was expected to follow in his footsteps. Young Al had other ideas, having put his sights on an acting career after seeing Tyrone Power on the screen in Blood and Sand (1941).Following the completion of military service in the navy (as a Seaman 2nd Class, working on mothballing decommissioned warships), he enrolled at Brown University. Three years later, he joined the Neighborhood Playhouse School in Manhattan and studied acting under Sanford Meisner. He then underwent further training at the Actor's Studio with the legendary Lee Strasberg.When he finally made his theatrical debut he was billed as 'Al Hedison'. Voted most promising newcomer for his performance in the off-Broadway play "A Month in the Country", he received a Theatre World Award. More importantly, this opened the doors to work in the film business, albeit slowly. One of a myriad of struggling actors, Hedison had taken a temporary job as a radio announcer for a local station in North Carolina to make ends meet. Upon his return to New York, the offers began to come in and he made his screen bow in 1954.His first significant role was as the unfortunate scientist André Delambre whose matter transmitter experiments end up with him being turned into The Fly (1958). It did not end well for the poor man. For the actor, however, it set the tone for other forays into the genres of fantasy and science fiction, notably as Ed Malone in The Lost World (1960) and as Captain Lee Crane in Voyage to the Bottom of the Sea (1964) (arguably his most famous role), both Irwin Allen productions. He later recalled really 'hitting it off' with co-star Richard Basehart, saying "Richard and I had real chemistry. He taught me so much about being camera ready when I needed to be. Television filming is so very fast, we always had to keep moving on."Under contract to 20th Century Fox from 1958, Hedison next starred in the Cold War spy series Five Fingers (1959) portraying the part of an American counterintelligence officer (the accompanying change of his stage moniker to 'David Hedison' came about at the insistence of NBC and Fox). By the early 60s, Hedison had become a much sought-after, robust lead for made-for-TV films and TV series. He had befriended the actor Roger Moore while filming an episode of The Saint (1962) and this paved the way for him to appear in two James Bond films -- Live and Let Die (1973) and Licence to Kill (1989) -- on both occasions as CIA operative Felix Leiter. Over the years followed numerous guest spots on crime dramas like The F.B.I. (1965), Cannon (1971), Ellery Queen (1975), Barnaby Jones (1973) and Murder, She Wrote (1984). In 2004, he joined the regular cast of the TV soap The Young and the Restless (1973) for some fifty episodes. Ultimately, however, he came to regard the stage as his favorite medium, saying "When I go back to the theater, I feel good about myself. When I do films or TV, it's to make a little bread to pay my mortgage..."

Kenny Rogers as The Gambler: The Adventure Continues