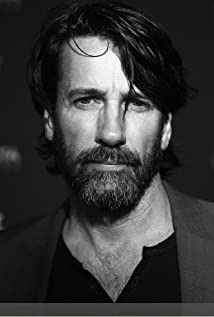 David Edwin Woodley was born in Brisbane, Queensland, Australia to Beryl Marcia (Bailey) and John Richard Woodley. His mother is of French and English decent and his father has English, Irish and French ancestry.After only having portrayed a french Can-Can Dancer in an high school Bastille Day celebration, Woodley, this time in pants, took to the stage later in life to perform in theatre. Woodley played the role of 'Dangles' in a national tour of Australian playwright Jack Hibberd's 'Dimboola', before being selected to join the infamous 'Grin and Tonic Theatre Troupe', performing many Shakespearean and Australian contemporary roles under the direction of renown theatre director, Bryan Nason AM. Woodley again performed under Nason's direction in dual roles as Ea and Utnapishtim, in the Royal Queensland Theatre Company's production of the 5000 year old epic of the Sumerian hero, 'Gilgamesh'.Woodley moved to the U.K. in 1990 to undertake acting studies at St Catherine's Drama Studio in Guildford, Surrey and voice studies with Alan Woodhouse of Guildhall School of Music and Drama, London . Whilst living in Surrey, he continued his passion of fencing, with the University of Surrey's fencing club. On return to Australia, Woodley relocated to Sydney after gaining the role of series regular Hopper Hadley in the Network 10 television drama Echo Point (1995) . Woodley then went on to become a series regular with the long running Australian series Home and Away (1988) . He has since played roles in many Australian drama series including the award winning ABC TV series Rake (2010) , as well as in New Zealand on the US productions of Spartacus: Gods of the Arena (2011), and Legend of the Seeker (2008) .Woodley will be seen in the first installment of the much awaited Chinese science fiction trilogy, The Three-Body Problem: I written by acclaimed Hugo Award winner, Cixin Liu.Woodley holds a Bachelor's Degree in Film Production.

The Three-Body Problem: I