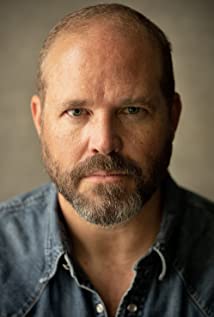 Film, TV and stage actor David Denman grew up all over Southern California. After becoming involved in high school theatrics at Fountain Valley High School, David attended the American Conservatory Theater Summer Training Congress in San Francisco in 1991. He then went on to receive his B.F.A. degree in Drama in 1997 from the famed Juilliard School in NYC.After graduating Denman was immediately cast on the hit show ER (1994), which lead to numerous TV shows and movies of the week. He made his feature film debut in the Warner Bros comedy The Replacements (2000) with Gene Hackman and Keanu Reeves. While he had supporting roles in some other major productions, his breakthrough role came as "Roy" in The Office (2005). The series received numerous awards including the Emmy and S.A.G. award for Outstanding Performance by an Ensemble in a Comedy Series. 15 years after the pilot first aired it continues to break records for viewership. Denman went on to star in numerous films from indies to blockbuster features. James Gunn cast Denman opposite Elizabeth Banks in Sony's Brightburn, Michael Bay cast him as Boon in Paramount's 13 Hours and Steven Soderbergh put him in the all-star cast of Logan Lucky. He starred opposite Kelly Macdonald and the late Irrfan Khan in the Sundance hit Puzzle. Denman continues working in television and will next be seen opposition Kate Winslet in HBO's Mare of Easttown.Denman is also an avid Shakespeare buff, having performed in dozens of productions and seen the entire canon on stages around the globe. He continues to return to the stage, his first love, as often as possible.