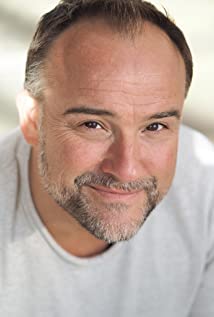 David DeLuise is an actor, director, producer and son of legendary actor and comedian Dom DeLuise and actress Carol Arthur. His godparents are Mel Brooks and Anne Bancroft.DeLuise is now perhaps the most popular dad on TV. He's won the admiration of millions of children and parents alike for his portrayal of family patriarch Jerry Russo on the hit Emmy award-winning Disney Channel series, "Wizards of Waverly Place." He also starred in "Wizards of Waverly Place: The Movie," which aired on the Disney Channel to over 25 million viewers.DeLuise has been a familiar face to television audiences for years in the hit series "Stargate SG-1" and "3rd Rock from the Sun." and guest starred in "Shameless", "NCIS", "Hawaii Five-0", "Real Rob", "Rizzoli and Isles", "Baby Daddy", "Bones", "Without a Trace", "ER", "Monk", "Gilmore Girls", "CSI", "CSI: New York" and "CSI: Miami".On the big screen, DeLuise has appeared in "Pup Star", " Unbroken: Path To Redemption", "Vampires suck," and "Robin Hood: Men In Tights".He has directed episodes of "How to Rock", "See Dad Run", "Lab Rats and The Thundermans".David began his career at the age of 8 when he starred as Dom's son in the TV movie, "Happy".DeLuise is married to German actress, director and voiceover artist Julia Stoepel.

Loves Me, Loves Me Not