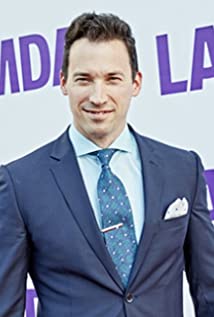 David Caves is an actor, known for playing Jack Hodgson in Silent Witness, BBC's prime-time hit show and longest running crime drama in the world. David is also known for playing the role of Clint Hill in Jackie (2016) alongside actress Natalie Portman, and most recently starred in murder mystery drama 15 Days (2019), which aired on Channel 5.David Caves was born on 7th August 1978 in Belfast and attended Campbell College, where both his parents were teachers. He subsequently went on to St Andrews University in Scotland where he read French and German, graduating with a BA (Hons). Having spent a year in France as an English teacher, David was then offered a place at the London Academy of Music and Dramatic Art. After graduating, his first professional stage role was the brooding anti-hero Heathcliff in Wuthering Heights (2005).Prior to Silent Witness, David played numerous roles onstage. Notable works in theatre include The Duchess of Malfi, West Yorkshire Playhouse directed by Philip Franks (2006), Cymbeline, Cheek by Jowl directed by Declan Donnellan (2007), Troilus and Cressida, Cheek by Jowl directed by Declan Donnellan (2008), 'Charlie' in Stones in his Pockets, Mark Goucher Productions (2009), 'MacDuff' in Macbeth, Cheek by Jowl directed by Declan Donnellan (2010), 'Bosola' in The Duchess of Malfi, Northampton Royal and Derngate theatre, directed by Laurie Sansom (2010), 'Macheath' in The Beggars Opera, Regents Park Open Air Theatre directed by Lucy Bailey (2011), 'Deflores' in The Changeling, Southwark Playhouse (2011) and 'Petruchio' in The Taming of the Shrew, Royal Shakespeare Company directed by Lucy Bailey (2011).David has played the role of cage-fighting forensic scientist Jack Hodgson in Silent Witness since 2012 and has been repeatedly nominated for Best Actor for the TV Choice Awards. David has also appeared in films Ironclad: Battle for Blood (2014) and Widow's Walk (2017). He has voiced broadcast commercials for World Wildlife Fund (WWF) and has also taken part in 'Pages of the Sea', a nationwide Armistice event commissioned by director Danny Boyle.In 2013, he won the Spirit of Tomorrow award at the Belfast Top 40 Under 40 Awards.